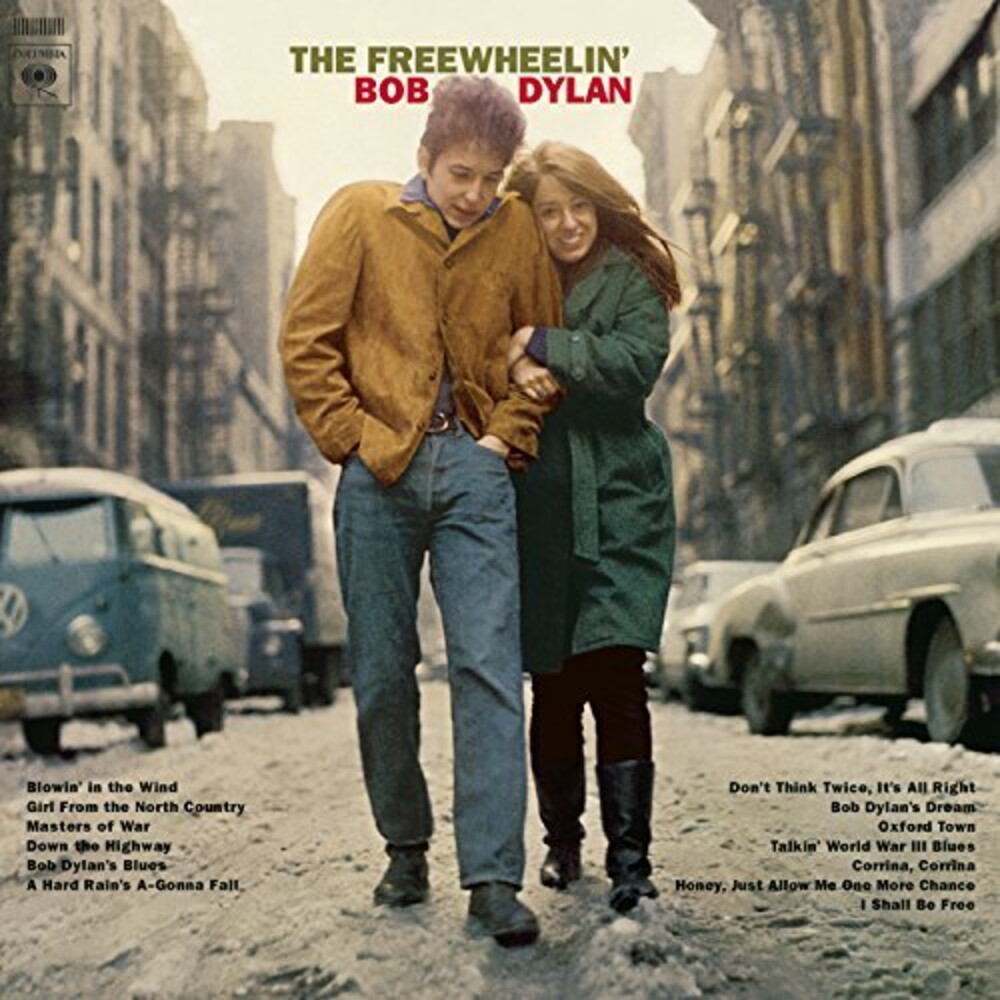 Vinyl LP pressing including digital download. The Freewheelin' Bob Dylan is the second studio album by legendary singer/songwriter Bob Dylan. Whereas his self-titled debut album Bob Dylan had contained only two original songs, Freewheelin' represented the beginning of Dylan's writing contemporary words to traditional melodies. Eleven of the thirteen songs on the album are Dylan's original compositions. The album opens with "Blowin' in the Wind", which became an anthem of the 1960s, and an international hit for folk trio Peter, Paul & Mary soon after the release of Freewheelin'. The album featured several other songs which came to be regarded as among Dylan's best compositions and classics of the 1960s folk scene: "Girl from the North Country", "Masters of War", "A Hard Rain's a-Gonna Fall" and "Don't Think Twice, It's All Right".
back to top