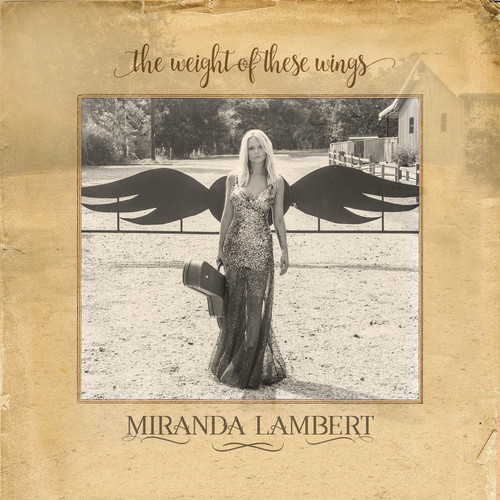 Double vinyl LP pressing. 2016 release from the country music singer/songwriter. The Weight of These Wings is a double album, with Disc One called The Nerve and Disc Two titled The Heart. The enormous 24-song project includes all songs she helped write. Miranda has over six million albums and 19 million songs sold throughout career. She is the first artist in history to have all five albums debut at #1 on the Billboard Country Albums chart. All five albums have reached platinum sales status. She is the recipient of 52 major honors and over 160 nominations including 21 Academy of Country Music Awards, 2 Grammy awards and 12 Country Music Association Awards.
back to top