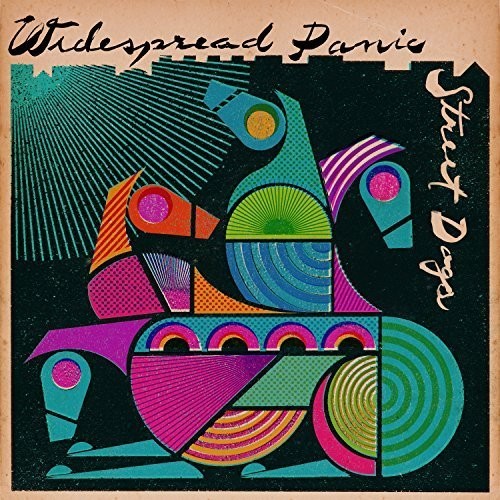 Street Dogs is the long-awaited twelfth studio album from Widespread Panic, and their first for Vanguard Records. Panic recorded Street Dogs as a band, live in the studio, for the first time. The result is the most fun the veteran sextet has had making an album, which is apparent upon first listen. Widespread Panic s large and loyal legions of fans have waited five years, since the release of 2010's critically acclaimed Dirty Side Down, for a new offering from the group, and the 10 tracks on Street Dogs are sure to reward their patience, and likely turn on a few more.

For almost 30 years, Widespread Panic has been known for their masterful improvisational style, but their core has always been built around songwriting. Incorporating a vast range of styles, Panic's songs run the gamut from compelling narratives to poignant ballads to southern blues to progressive jazz and rock. Street Dogs is a testament to how a veteran band can remain vibrant, relevant and continue to progress. Street Dogs was recorded at Echo Mountain Studios in Asheville, NC with longtime friend and producer John Keane at the helm.