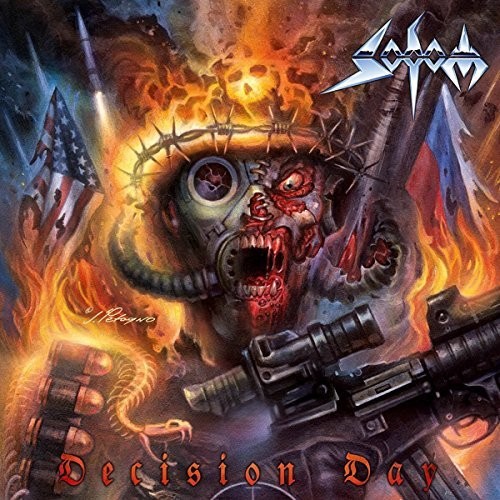 There have been countless important decision days in the life of Tom Angelripper. On most of them, he has steered the path of his musical career in the optimum direction. As the singer and bassist of his band Sodom, Angelripper has been instrumental in keeping the 'German Thrash Metal' quality seal on the international map since 1982, proving with his uncompromising songs and ambitioned lyrics that he likes to think outside the box of his musical genre. At the same time, Sodom have always felt committed to their own history and, along with the courageous exploration of new territories, have never lost sight of their band's typical sound. So it comes as no surprise that their latest album Decision Day is a successful mĂ©lange of a fresh, contemporary thrash metal attitude and the group's traditional fortes. "The vocals on Decision Day occasionally remind me of our Persecution Mania phase," says Tom Angelripper, "but the songs go much deeper, musically as well as in terms of their lyrics."
back to top