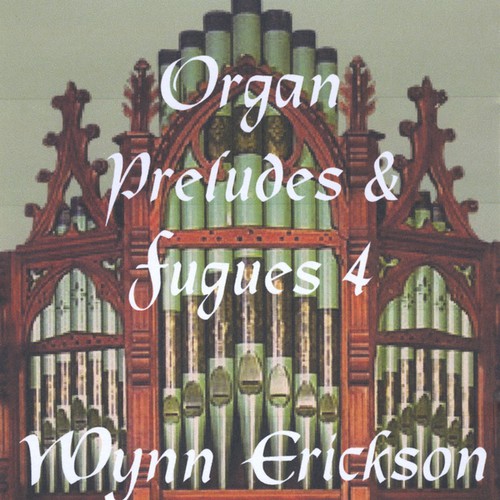 This is the fourth installment of short Preludes and Fugues for Pipe Organ. One in every major and minor key. This set features a nice set of chromatic works in the C Minor Prelude and Fugue. Additionally, the Eb Minor Prelude and Fugue are written in the style of a gigue. A number of pieces have been written specifically to take advantage of some solo voices, as well as some less used stops. The A# Minor Fugue features the 8' Trompette stop. The Bb Minor Fugue uses the 4' Open Flute. The C# Minor Prelude uses the 8' Salicionale stop, also known as the "Willow Pipe." a soft string rank. The D Major Prelude uses the subtle Viola Celeste stop. The D Major Fugue has been written for the Trompette en Chamade or "Fan Trumpet" stop, the horizontal rank of pipes that face forward. You can hear the left and right position of each individual pipe. The E Major Fugue features the 4' Blockflöte - a very early wooden "recorder" stop. The F# Minor Prelude uses the 8' Suaviola stop, also known as the Suavial or Suaba Flöte. It is a Baroque stop that originated in Southern Germany. The Gb Major Prelude features an 8' Divine Trumpet stop, while the Gb Minor Fugue uses the Jeu de Tierce V, a ranked mixture supporting the 5th harmonic or seventeenth above the 8' principal. The Ab Major Prelude shows off the shimmering tones of the 8' Piffaro (or Bifara) stop, a two-mouthed pipe, producing a celeste effect. The Ab Minor Fugue uses the 8' Cor Angalis rank (English Horn), a double-belled smooth reed pipe. As always, there are lots of unexpected harmonic progressions as well as other interesting sounds in this group I'll leave it to you to discover them!