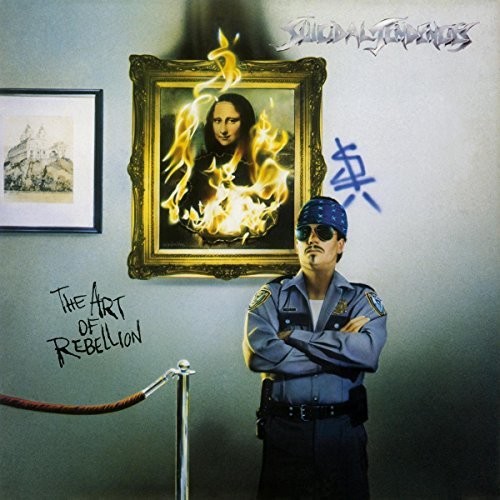 Limited 180gm audiophile vinyl LP pressing. The Art of Rebellion is the sixth studio album by American crossover thrash band Suicidal Tendencies, originally released in 1992. The album maintains it's position as the band's most commercially successful studio album to date, and the songs 'Nobody Hears' and 'I'll Hate You Better' have the distinction of being the only top 40 hits in Suicidal Tendencies' career. The songs on The Art of Rebellion show the band's continuing experimentation with funk that had begun on this album's predecessor, Lights... Camera... Revolution!, as well as more progressive song structures, a somewhat more alternative atmosphere and even pop-oriented sounds. This helped the band not only outride the explosion of alternative in the early '90s, it also helped them gain a fan base within that community. Nonetheless, the album still stays true to the band's thrash and punk roots on many of the songs. The Art of Rebellion has achieved gold status and peaked at #52 on the Billboard 200.
back to top