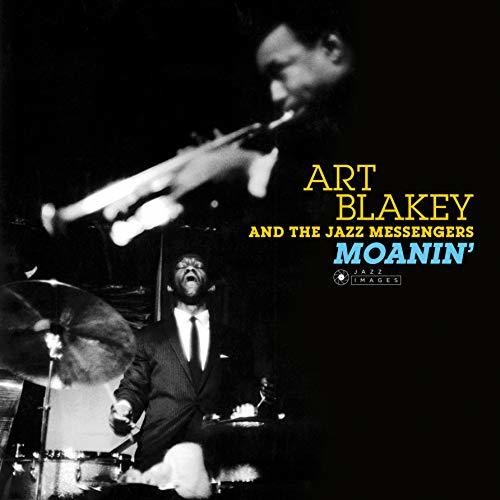 Limited 180gm virgin vinyl LP pressing in gatefold jacket. Moanin' is an album by Art Blakey and the Jazz Messengers recorded in 1958 for the Blue Note label. This was Blakey's first album for Blue Note in several years, after a period of recording for a miscellany of labels, and marked both a homecoming and a fresh start. Originally the LP was self-titled, but the instant popularity of the bluesy opening track "Moanin'" (by pianist Bobby Timmons) led to it's becoming known by that title. The rest of the originals are by saxophonist Benny Golson (who was not with the Jazz Messengers for long; this being the only American album on which he is featured). "Are You Real?" is a propulsive thirty-two-bar piece with a four-bar tag, featuring two-part writing for Golson and trumpeter Lee Morgan. "Along Came Betty" is a more lyrical, long-lined piece, almost serving as the album's ballad. "The Drum Thunder Suite" is a feature for Blakey, in three movements: "Drum Thunder"; "Cry a Blue Tear"; and "Harlem's Disciples". "Blues March" calls on the feeling of the New Orleans marching bands, and the album finishes on it's only standard, an unusually brisk reading of "Come Rain or Come Shine". Recorded by Rudy Van Gelder in his meticulous Hackensack studios, this recording reflects the hallmark precision associated with that engineer.