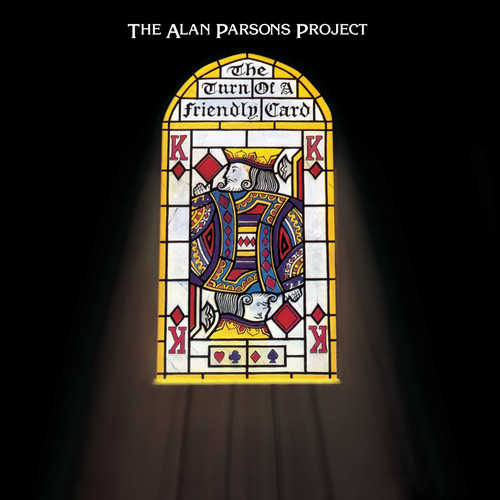 2008 digitally remastered and expanded edition of the Alan Parsons classic album that was originally released in 1980. Parsons himself digitally remastered all his catalog albums in 2007 using the original master tapes. The difference in sound quality is amazing-each sounds absolutely fantastic. The packaging includes revamped booklets with fresh, elaborated liner notes based on interviews with Parsons and Eric Woolfson as well as rare photos and memorabilia. This edition of Turn of a Friendly Card features eight bonus tracks including early demos, rough mixes and instrumentals. 17 tracks total. Sony/BMG.

''The Turn of a Friendly Card'' is a progressive rock album by The Alan Parsons Project, released in 1980. The album focuses on gambling, and loosely tells the tale of a middle-aged man who grows restless and takes a chance by going to a casino and betting all he has, only to lose it all. The original LP had a side-long title piece, which was broken up into five tracks (as were the CD versions except the West German pressing), with the five sub-tracks having their names listed with sub-numberings - a la an outline numbering system.. ''The Turn of a Friendly Card'' is also notable for spawning the moderate hits "Games People Play" and "Time," the latter of which was Eric Woolfson's first lead vocal appearance. - Wikipedia