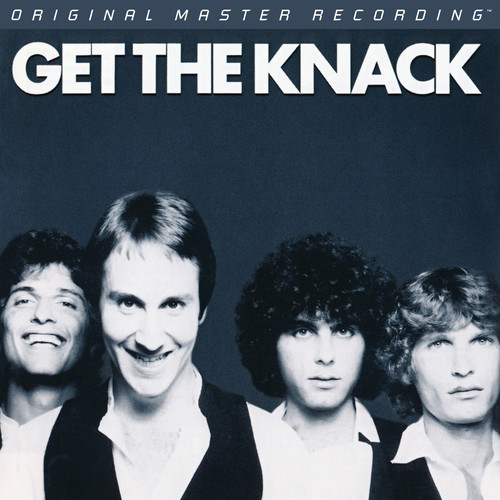 Get The Knack [inyl]
Artist: Knack
Format: Vinyl
New: Not in stock
Wish

Limited 180gm vinyl LP pressing from Mobile Fidelity. Mastered from the original master tapes and pressed at RTI. Most everyone knows Get The Knack because of the ubiquitous smash 'My Sharona,' a contagious hit that still plays countless times every day on radio stations nationwide. But the appeal and significance of the Los Angeles quartet's 1979 debut extend far beyond the career-making single. Loaded with tight power pop, hummable hooks, blunt lyrics, and precision playing, the controversy-igniting Get The Knack resonates with an ageless freshness that's influenced everyone from Kurt Cobain to modern indie artists such as the Mountain Goats. Mobile Fidelity's 180g LP of Get The Knack brings the record's urgent harmonies, keen melodies, bell-clear tones, and snapping percussion out of the shadows and into the limelight. Graced with large-scale frequency extension and ample separation, The Knack's feisty music now teems with added energy, body, and immediacy. Absent the dynamic compression that squelched previous reissues, this numbered limited-edition audiophile analog version blossoms with detail, openness, and brashness. A guilty pleasure to some and new-wave classic to many others, Get The Knack is so attitudinal it spawned one of the industry's most famous backlashes. Released by Capitol Records after The Knack courted a dozen other offers, the 12-track set remains one of the most instantaneously successful debuts ever made. Aided by tongue-in-cheek marketing, a sly cover-art reference to the Beatles' Meet the Beatles, and Mack Truck-sized refrains that stick in your head for hours, Get The Knack went gold in days and, to date, has sold more than five million copies.
back to top