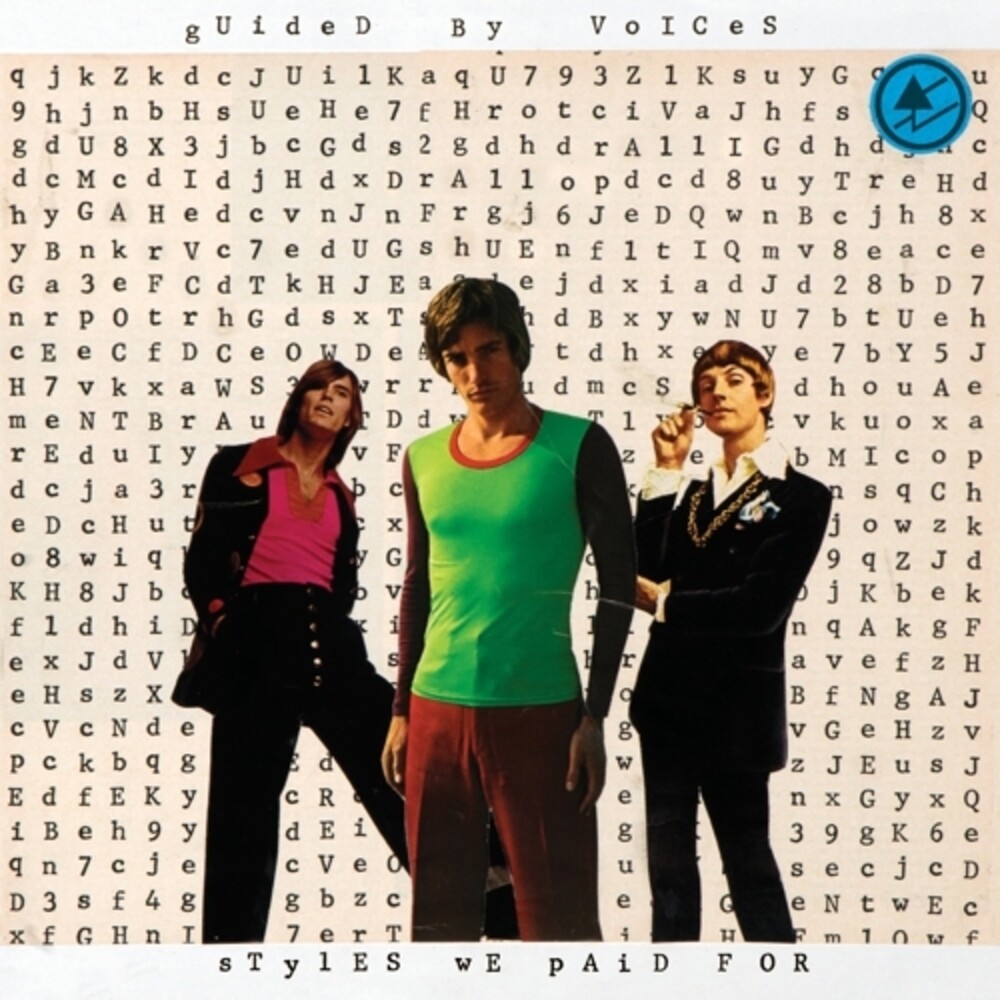 Styles We Paid For [LP]
Artist: Guided By Voices
Format: Vinyl
New: Not in stock
Wish

Styles We Paid For is Guided by Voices' third album of 2020 and it stands as a testament to this Year In Isolation, reflecting these dark days through Robert Pollard's prism, with the band sounding as confident and authoritative as ever. The fifteen tracks were recorded remotely during quarantine from five states (Ohio, New York, New Jersey, Virginia, Tennessee) to comprise GBV's ninth album since 2017.Pollard's searing vocals hold center stage, with endless melodic invention and impeccable phrasing. The massively crescendo-ing opening track "Megaphone Riley" seems to be inspired by a diabolical politician-in-chief, and like an indie-rock Nostradamus, presciently highlights the "Jumbo Virus", while in the final couplet of the album closer "When Growing Was Simple" Pollard urges "Don't drink and drive / stay at home and eat". Other album highlights include include Big Rock standouts like the incredibly hooky "Mr. Child" with the band in full arena rock power swing, while the titular protagonist is mentioned by name no less than sixteen times; the touching beauty and lyrical relevance of "Stops" and the majestically elegant "In Calculus Stratagem", a bubbly pop rock joyride in "Crash at Lake Placebo"; the subtle current-day technological observations of "They Don't Play The Drums Anymore" and the sleek "Electronic Windows To Nowhere" (written by a man who owns neither a smart phone or a computer). It's notably heavy in it's worldliness, lyrical content, texture, and approach-and rides out like a cinematic journey of the bizarro world one find oneself in.While other bands have been napping, GBV have achieved their second consecutive hat-trick (three albums per annum), and have further cemented their status as rock legends for achieving more in this bleak year then most bands do across their entire careers.
back to top