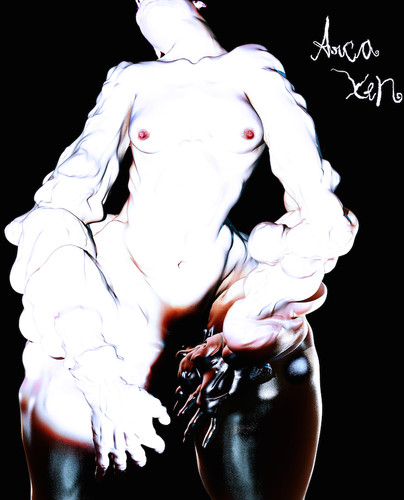 Arca is the incarnation of Alejandro Ghersi, a 24-year old Venezuelan producer and musician releasing his debut LP, Xen in the fall. Having previously released EPs, mixtapes, and produced for the likes of FKA Twigs, Bjork, and Kanye West Arca's music is uniquely his own. Xen is a very personal record for Arca, with the underlying concept revolving around gender and sexuality. However, gender isn't the defining concept but rather a vessel with which to expose Arca's vulnerability. Arca works closely with visual artist, Jesse Kanda who created the album cover for Xen.
back to top