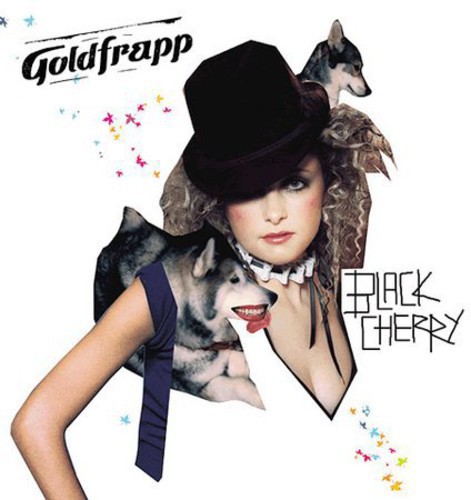 Goldfrapp return with their new album BLACK CHERRY following the worldwide success of their debut FELT MOUNTAIN. BLACK CHERRY was written and recorded over the last 12 months by the British duo of Alison Goldfrapp and Will Gregory. The magic of Goldfrapp's appeal is still potent and suggestive with the mystery, the sense of something below the surface, being just tantalizingly out of reach. With BLACK CHERRY, they entwined classic songwriting with the most abstract of modern music, making a bold statement in an increasingly fractured world.

''Black Cherry'' is the second studio album by the English electronic duo Goldfrapp, released in the United Kingdom on 28 April 2003 by Mute Records to generally positive reviews. Many critics complimented its blend of retro and modern electropop music, which was a departure from the ambient sound of their debut. ''Black Cherry'' was a top twenty album in Goldfrapp's native United Kingdom, and its second single "Strict Machine" was a top twenty single. It earned the band a nomination for Best British Dance Act at the 2004 BRIT Awards.

The album represented a change in Goldfrapp's musical style, and featured glam rock and synthpop music; inspirations were disco music group Baccara and techno artist Hakan Lidbo. In August 2005, the album was certified platinum in the UK, and had sold nearly 500,000 copies worldwide as of May 2005. - Wikipedia