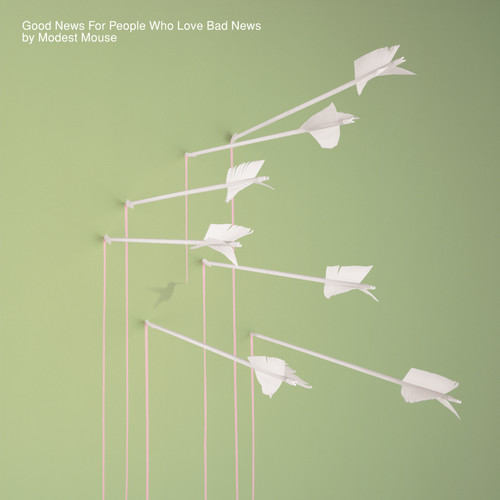 Their new album GOOD NEWS FOR PEOPLE WHO LOVE BAD NEWS, was produced by Dennis Herring and features a host of special guests such as: The Dirty Dozen Brass Band on "This Devil's Workday"; Tom Peloso playing upright bass and fiddle; and the Flaming Lips/Dave Fridmann, who remixed the track "The Good Times are Killing Me." Other tracks are "Float on," "The World at Large," "One chance," and many more....

The album was released by Epic Records on April 6, 2004 on both CD and 180g/m² vinyl record. It was rereleased on DualDisc on October 11, 2005. The first two singles from the album were "Float On" and "Ocean Breathes Salty," both of which debuted on American radio stations in the first half of 2004.

The vinyl and DualDisc editions of the album also contain the B-side "I've Got It All (Most)". On the vinyl edition, the track is placed at the end of the album. On the DualDisc edition, it is placed between "Bury Me With It" and "Dance Hall". The song "Bukowski" is dedicated to the late poet Charles Bukowski. The song "The Good Times Are Killing Me" was originally going to be released as the normal mix, but instead they added the one mixed by The Flaming Lips. The Dirty Dozen Brass Band appear also on tracks 1 ("Horn Intro") and 9 ("This Devil's Workday") or 10 on the Dualdisc edition. A video for "The World at Large" was also on the dualdisc. It is called "Stiff Animal Fantasy".

The album's title comes from a line in the song "Bury Me With It". - Wikipedia