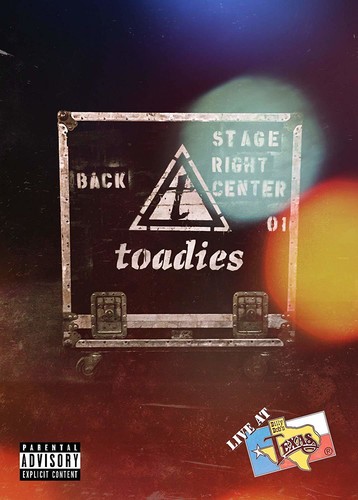 DVD. 2018 live release, the 49th to be released in the Live At Billy Bob's Texas series. The album was recorded in December 2017 as the band toured to support their album The Lower Side Of Uptown, which was released in September 2017. Toadies are a rock band from Fort Worth, Texas, best known for the song "Possum Kingdom." The band formed in 1989 and disbanded in 2001. The band reformed and released an album in 2008.