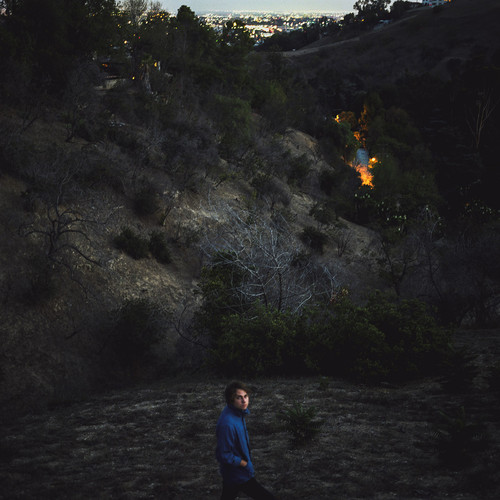 Singing Saw is a record written simply and realized orchestrally. In it, Kevin Morby faces the reality that true beauty - deep and earned - demands a whole-world balance that includes our darker sides. It is a record of duality, one that marks another stage of growth for this young, gifted songwriter with a kind face and a complicated mind.

Morby opens Singing Saw with "Cut Me Down", a song of tears, debts and a prescient vision of being reduced to nothing. "I Have Been to the Mountain", "Destroyer" and "Black Flowers" continue to explore beauty and freedom, seizing upon the rot that seeps into even the supposedly safest of realms; peace, family and romantic love. By the end of the record on "Water", Morby is literally begging to be put out once and for all, like a fire that might burn all the visions away. Travels beyond his mountain walks, near his Mount Washington home in Los Angeles, inform songs like "Dorothy", which recounts a trip to Portugal, witnessing a fishing ritual and luxuriating in the aura of a bar light-tinged reunion with old friends. The touching innocence of "Ferris Wheel" stands alone in stark simplicity amidst the lush sonic textures of the album. Here, the album is balanced by Morby's signature sweetness and joie de vivre. In the end, Morby fulfills the promise many heard on his first two albums, bringing his most realized effort of songwriting and lyricism to fruition. The songs of Singing Saw reflect the clarity that comes from welcoming change and embracing duality, and the distillation of those elements into an entirely new vision.