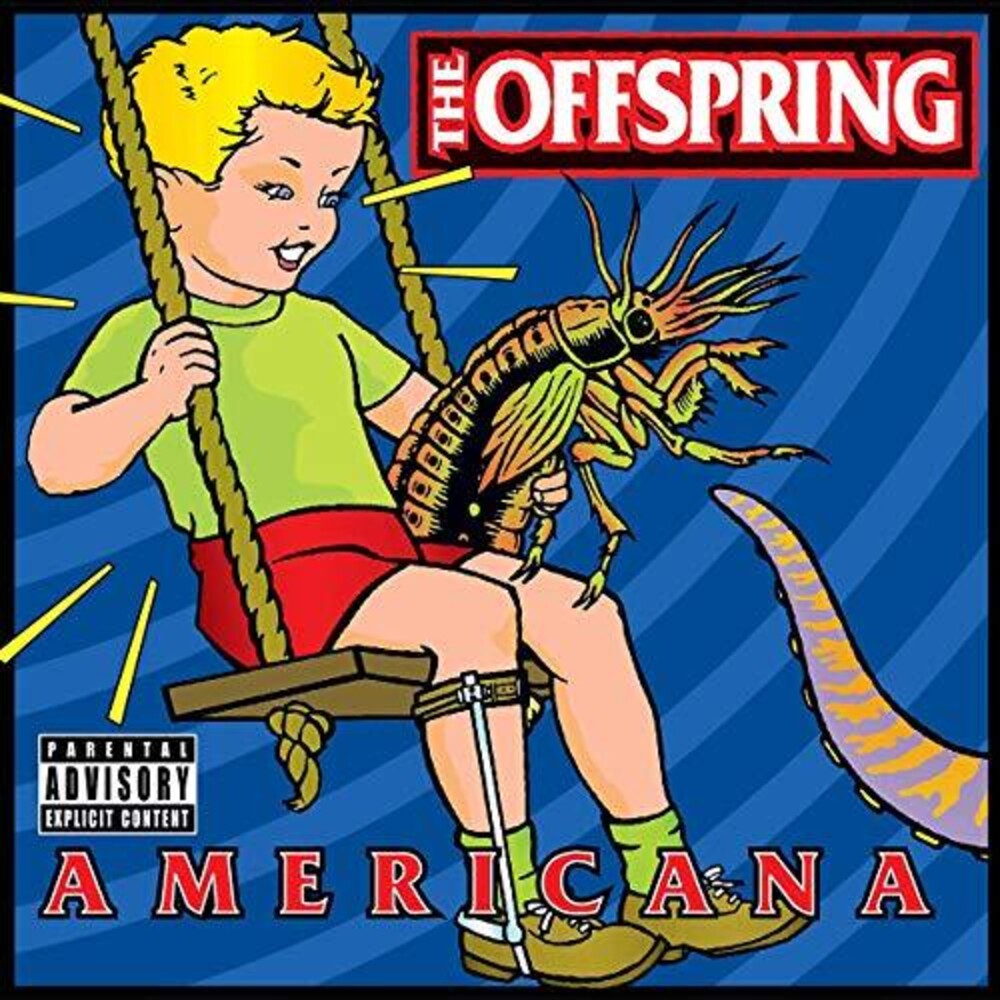 Vinyl LP pressing. Americana is the fifth studio album by punk rock band The Offspring. The original was a major success, debuting at #6 on the Billboard 200 and is the band's second best-selling album to their 1994 breakout Smash. Americana has sold more than 10 million copies worldwide, with over nine million copies certified, while achieving 5x platinum status alone in the United States for five million copies shipped. The album contains the hit singles "Pretty Fly (for a White Guy)", "Why Don't You Get a Job?" and "The Kids Aren't Alright".