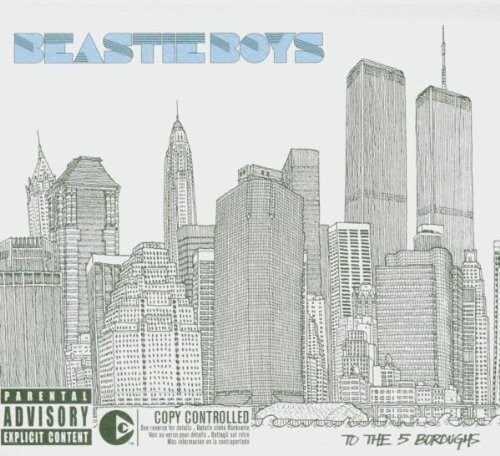 Vinyl LP pressing. To the 5 Boroughs is the sixth studio album by the Beastie Boys. The album was released on June 14, 2004 internationally, and a day later in the United States. The album debuted #1 on the Billboard 200 with 360, 000 copies sold in it's first week and is certified Platinum by the RIAA for sales of over 1, 000, 000 in the U.S. Beastie Boys were a hip hop group from New York City, formed in 1981. For the majority of their career, the group consisted of Michael "Mike D" Diamond (vocals, drums), Adam "MCA" Yauch (vocals, bass) and Adam "Ad-Rock" Horovitz (vocals, guitar). The Beastie Boys have sold 26 million records in the United States and 50 million records worldwide, making them, according to Billboard, the biggest-selling rap group since the magazine began recording sales data in 1991.