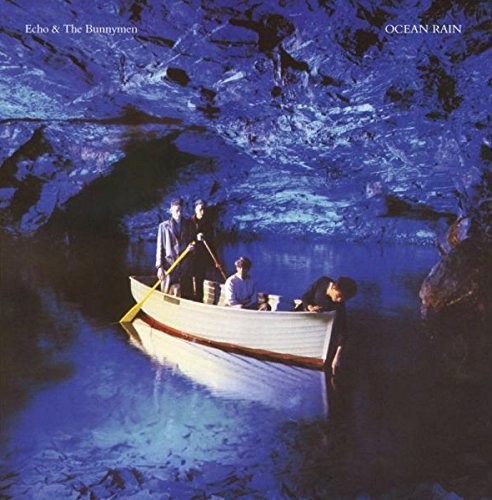 Limited double vinyl LP pressing in hardback packaging. Originally released in May 1984, The first slab of vinyl, Ocean Rain itself, features the original album which includes the singles 'The Killing Moon', 'Silver' and 'Seven Seas'. The second LP contains eight bonus tracks, The band wrote most of the songs for Ocean Rain in 1983. Then in early 1984 they started sessions for the album in Les Studio des Dames and Studio Davout in Paris using a 35 piece orchestra, assisted by Adam Peters for string arrangements and Henri Lonstan at des Dames as engineer. Other sessions took place back in the UK in Bath and Liverpool. McCulloch in fact re-recorded most of his vocals back in Amazon Studio's in Liverpool as he was unhappy with the Paris sessions. Continuing the bands prominent use of strings which were used so successfully on 'Back Of Love' on Porcupine, The album actually received a mixed response on release, but time has proved a great healer and the wider perspective is that the album is indeed the band's unrivalled pinnacle. Martyn Atkins again designed the cover with Brian Griffin the photographer. With the band wanting continue the elemental theme of the previous three albums, the shot used for the front cover is a picture of them in a rowing boat which was taken inside Carnglaze Caverns, Liskeard in Cornwall.
back to top