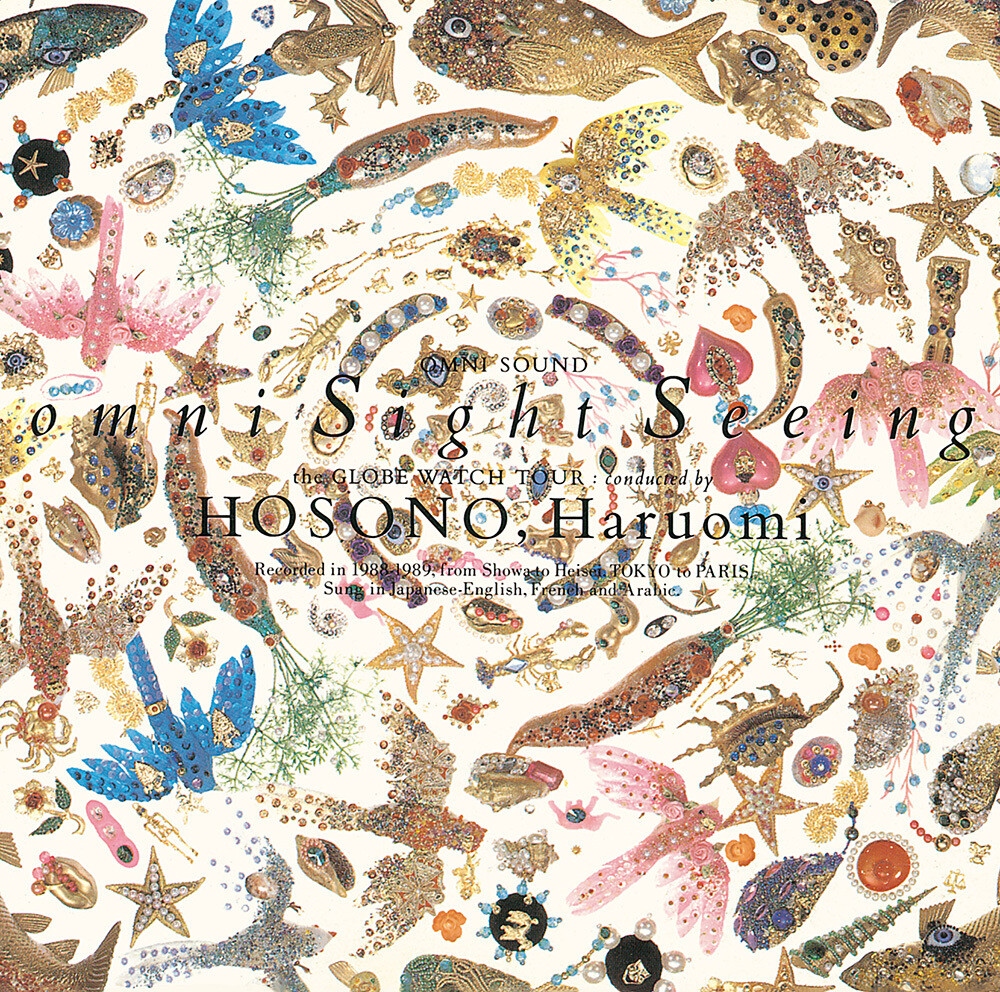 'omni Sight Seeing' is an album by Haruomi Hosono, who played a leading role in world music in the late 80's, incorporating elements of music from all over the world, from Japanese folk songs to Arab and Latin American music.This is a masterpiece of electronic pop that makes you feel like traveling the world through music. The album was originally released in 1989 and is now issued on vinyl in Japan for the first time.