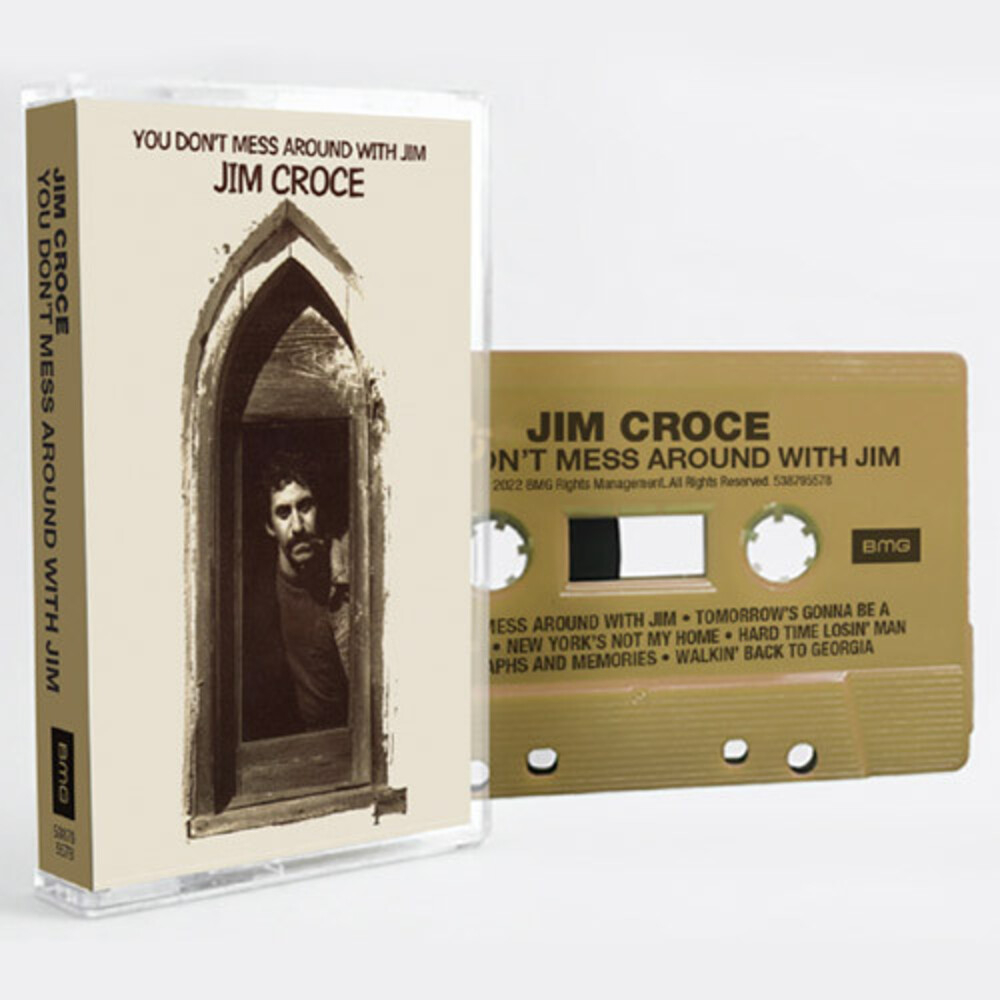 YOU DON't MESS AROUND WITH JIM (50th ANNIVERSARY) - CASSETTE - You Don't Mess Around With Jim, Croce's third studio album, was initially released on ABC Records in the U.S. (and Vertigo in the UK), and this 50th anniversary edition from BMG will also appear on CD and, yes, even cassette, complete with matching alternate gold-bordered cover artwork.
back to top