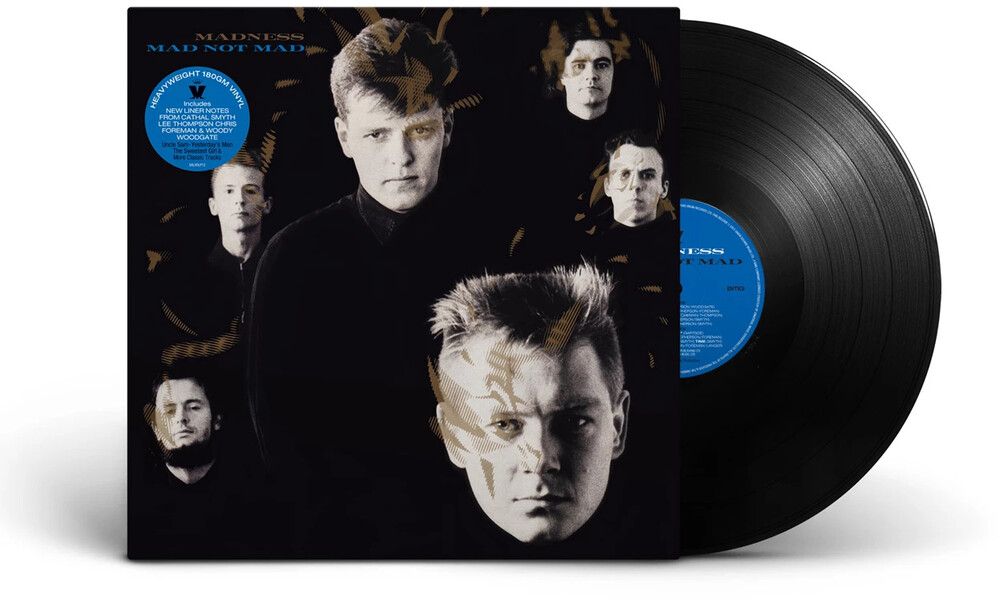 'Mad Not Mad' is the sixth studio album by Madness. Originally released in September 1985, it marked a departure from the band's original line-up, with keyboard player Mike Barson taking a break from the group after an astonishingly successful run of five hit albums in as many years. Style-wise 'Mad Not Mad' presented a more polished side of Madness and contains some of their most sophisticated and political song-writing. The first single, 'Yesterday's Men' finds the band in a smooth, reflective mood, dealing with the dispossessed characters in and around Camden Town, and 'Sweetest Girl' is a cover of the iconic Scritti Politti track, while 'Uncle Sam' is a classic Madness romp relayed through the narrative of a soldier's experiences during World War II.
back to top