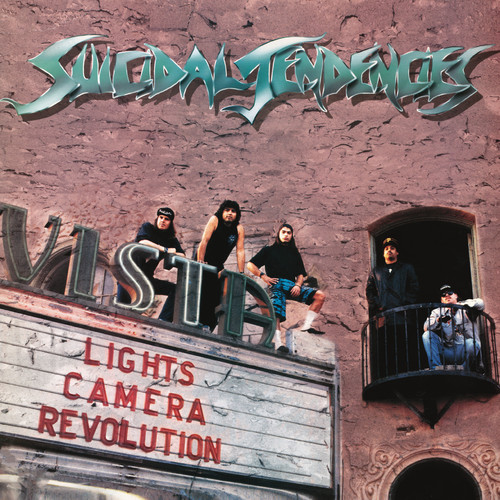 Limited 180gm green vinyl LP pressing. Lights... Camera... Revolution! Is the fifth studio album by crossover thrash band Suicidal Tendencies, which was released in 1990. This was the final Suicidal Tendencies album to feature the Controlled by Hatred/Feel Like Shit... DĂ©jĂ  Vu lineup, which many fans feel was technically the strongest lineup the band has had to date. This album shows the band straying further away from their roots as a crossover thrash band and beginning to solidify themselves more and more as a thrash metal band. At this point, it could be argued that the band had moved from crossover thrash to thrash metal. The song arrangements are more complex, as are the lyrics. This was also the first Suicidal Tendencies album to display heavy funk influences, which can be attributed to the input of new bassist Robert Trujillo.
back to top