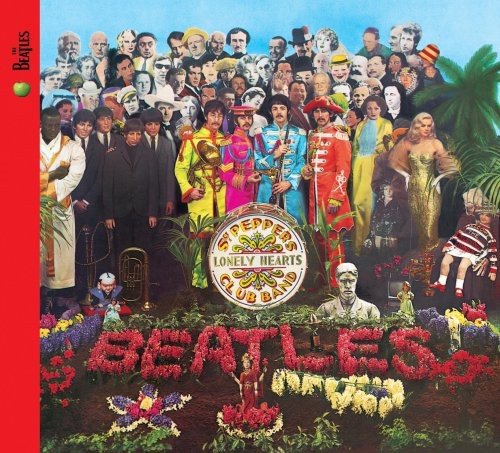 One of the most famous and influential albums ever recorded, SGT. PEPPER'S LONELY HEARTS CLUB BAND had a huge impact on the music world, signaling the beginning of a new era of sophistication and maturity in rock. The musical experimentation was dynamic and fresh, several tracks were edited to create seamless transitions, and even the visual design was more elaborate than anything previously attempted. Producer George Martin and The Beatles searched for new sounds and studio effects. They added crowd sounds and animal cries from sound-effects recordings, sped up Paul McCartney's vocals in "When I'm Sixty-Four" (to make him sound younger), and sustained a single piano chord for 40 seconds to end "A Day In The Life." The orchestrations, scored by Martin, were hailed by critics as bridging the gap between pop and classical music, and many people who had never bought a rock record bought SGT. PEPPER'S.