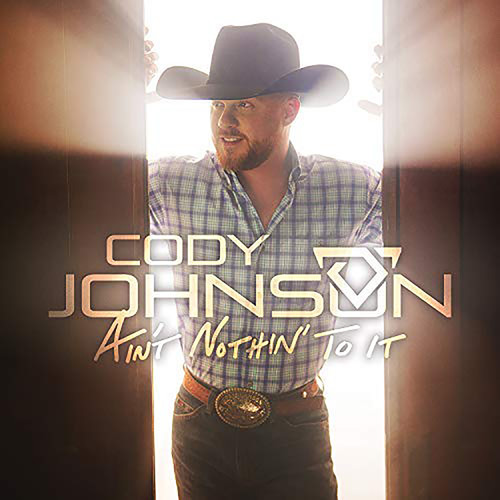 2019 release. Johnson's introductory Warner project, Ain't Nothin' to It, ups the ante. After writing the bulk of his previous material, he put out word in Nashville that he was open to songs from other sources, and the results were astonishing. A-list writers - including Chris Stapleton, Radney Foster and Brothers Osborne guitarist John Osborne - came to the table with songs that suited Johnson's life and disposition. Music fans who are just now coming to the table will get a quick understanding of Johnson, from the rowdy troublemaker in the swampy "Doubt Me Now" to the devoted family man in the title track to the self-penned ex-bull rider in "Dear Rodeo" to the devoted Christian in "His Name Is Jesus."Johnson wears his musical influences on his sleeve - referencing George Strait in "When Cowboys Were King, " Alan Jackson and Tim McGraw in "Y'all People" and Johnny Cash, Jackson Browne and Bruce Springsteen in "Monday Morning Merle." Two choice covers further meld his personality with his musical taste. "Husbands and Wives, " a song that recognizes the day-to-day difficulties of holding a marriage together, is Johnson's way of tipping a hat to one of country's ultimate songwriters, the late Roger Miller. And "Long Haired Country Boy" has The Cody Johnson Band playing up his rebel side with a song established by The Charlie Daniels Band (yes, that's the CJB covering the CDB). But Johnson's version is filtered through the grizzly tone of Lynyrd Skynyrd, Hank Williams Jr. And Brantley Gilbert.
back to top