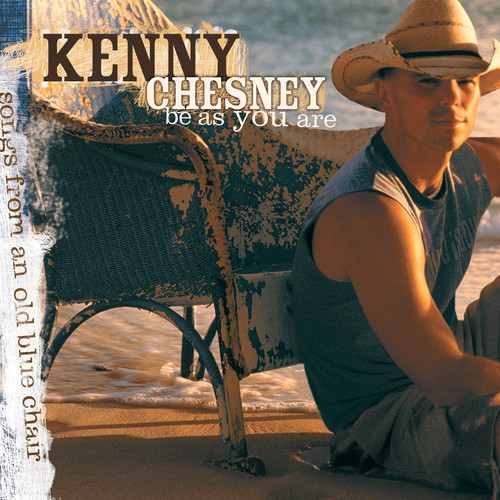 Be As You Are
Artist: Kenny Chesney
Format: CD
New: Not in stock
Wish

CD reissue. Be as You Are (Songs from an Old Blue Chair) is the eighth studio album by country music singer Kenny Chesney, originally released on January 25, 2005. It was a #1 album on the Billboard 200 chart. The album's opening track was originally recorded by Chesney on his When the Sun Goes Down album. This album was intended by Chesney to be a side project, and it produced no singles, although "Guitars and Tiki Bars" reached #53 on the Hot Country Songs charts based on unsolicited airplay.
back to top