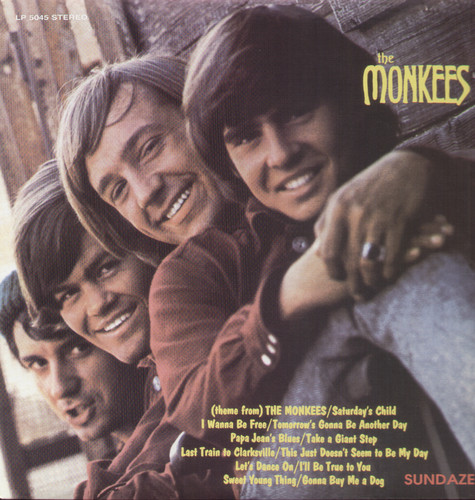 In August 1966, the world met the Monkees (and vice versa) as their debut single, "Last Train to Clarksville," was released and bought them a ticket to ride straight to the top of the charts! With debut of their television show just weeks later on September 12th, the group suddenly found themselves with a huge fanbase, clamoring for more music. They answered that call on October 10th with the release of their debut album, The Monkees, which topped the Billboard 200 for 13 weeks. Featuring songs written by Boyce & Hart, David Gates, Goffin & King and Mike Nesmith, among others, it was a stunning entry into the ridiculously rich contemporary music scene. This Sundazed reissue is sourced from the original analog session tapes and includes two tantalizing bonus tracks: "I Can't Get Her Off My Mind (previously unissued early version)" and "I Don't Think You Know Me (previously unissued alternate version)." It is primately pressed on deep groove, high definition vinyl and enclosed in a cover replicating the original LP artwork. Of which, we still don't know why Mike was the only one not smiling on the front cover. In any case, place the LP on your turntable, listen for that downbeat chased by a tremolo-soaked guitar and get ready, 'cause "here we come!"