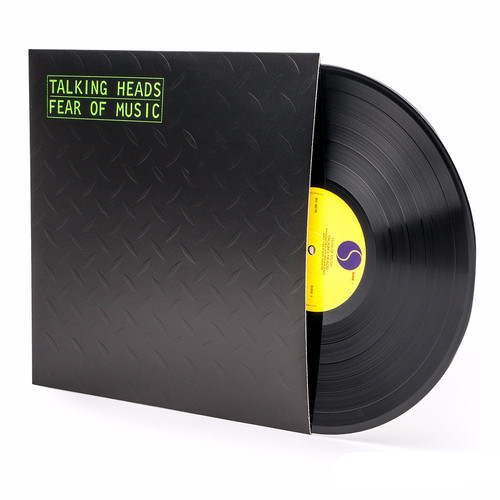 Limited 180 gm vinyl LP repressing. Fear of Music is the third studio album by American New Wave band Talking Heads, released on 3 August 1979 on Sire Records. It was recorded at locations in New York City between April and May 1979 and was produced by the quartet and Brian Eno. The album reached #21 on the Billboard 200 in the United States and peaked at #33 on the UK Albums Chart. Three songs were released as singles between 1979 and 1980: "Life During Wartime," "I Zimbra," and "Cities."