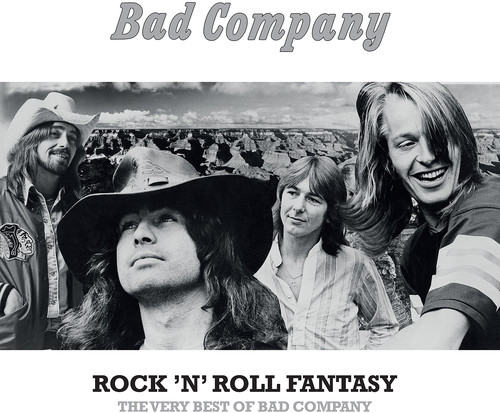 Limited double vinyl LP pressing. To celebrate the British rocker's enduring legacy, Rhino is introducing a 2016 retrospective that spotlights the absolute best from the band's first seven albums including two unreleased tracks. The 19-track collection spans 1974 and 1982 and features many of group's best-loved songs, like "Can't Get Enough," "Feel Like Makin' Love" and "Rock 'N' Roll Fantasy." Longtime fans will certainly appreciate the inclusion of previously unreleased alternate versions of "Easy On My Soul" and "See The Sunlight." Both of these are different versions than the ones that appeared on the deluxe editions Bad Company and Straight Shooter, respectively. Bad Company's eponymous debut was released in 1974, and was an instant smash, climbing to the top of the album charts. Since then, it has been certified five-times platinum. The band returned the following year with Straight Shooter, which has been certified triple platinum thanks in part to the success of such tracks as "Good Lovin' Gone Bad" and "Shooting Star." Run With The Pack, the group's third consecutive platinum album, is represented here by four tracks including "Simple Man" and "Live For The Music." The group recorded three more albums - Burnin' Sky (1977), Desolation Angels (1979) and Rough Diamonds (1982) - which spawned several outstanding tracks included here such as like "Gone, Gone, Gone" and "Electricland."
back to top