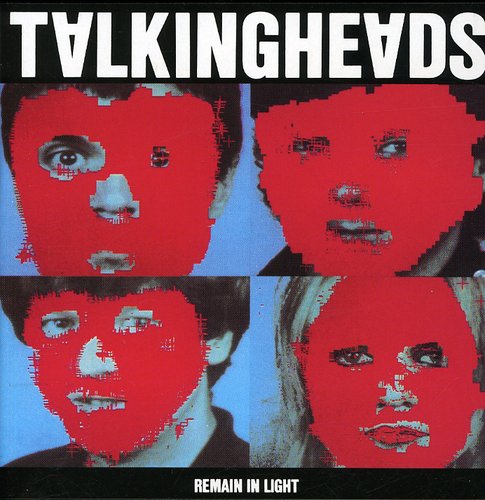 Way back in 1980, the original wave of Talking Heads fans were pleasantly stunned to hear Remain in Light, produced and co-written by Brian Eno, on which Byrne and company are joined by guitar god Adrian Belew, and funk legends Bernie Worrell (keyboards) and Steven Scales (percussion), among others, for a fuller, funkier sound nobody imagined they had in them. The first three songs are long, layered, full-body dance parties, with incessantly repeated phrases (musical and lyrical), and increasingly catchy melodic hooks that won't let go for days. "Once in a Lifetime" was the big hit, but the rockingest track is the third, "The Great Curve," after which the songs get more linear and subdued. It's still great stuff, right through to the especially Eno-like droner, "The Overload," but the second half is maybe better to sleep to than dance to. Which is fine: after the exuberance of the first three songs, you'll need a little nap.
back to top