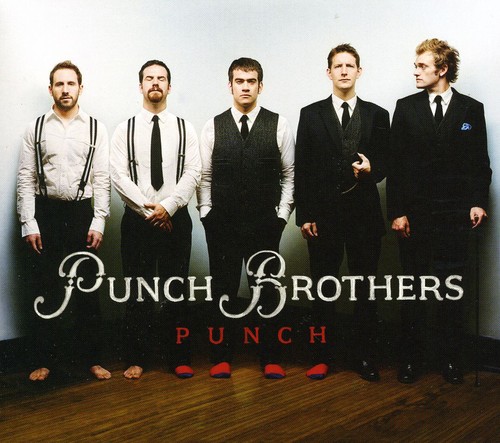 The Punch Brothers are nothing less than a youthful band comprising the most prodigious and sought-after musicians from the cutting edge of bluegrass and folk music. Nonesuch Records releases their debut album PUNCH, This album is centered around the bands - composer-singer-mandolin virtuoso Chris Thiles four-movement composition, "The Blind Leaving the Blind. Also includes four shorter compositions co-written by Thile and his bandmates: "Punchbowl," "Sometimes," "It'll Happen," and "Nothing, Then."
back to top