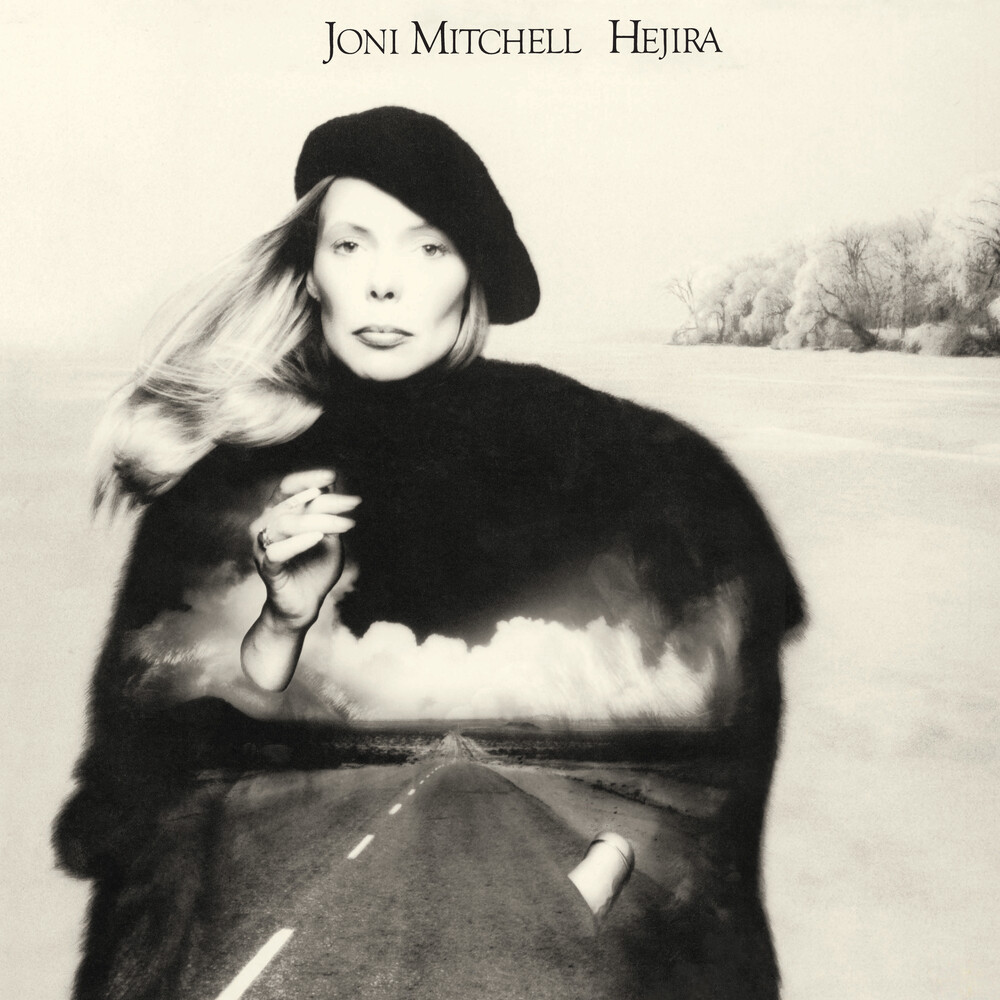 The compelling character portraits on this 1976 LP (a #13 hit) are finely detailed with Joni's yearning melodies and the sensitive bass of Jaco Pastorius. The wonderful title tune joins Amelia; Coyote; Refuge of the Road, and more!

''Hejira'' is a 1976 folk/rock/jazz album by Canadian singer-songwriter Joni Mitchell. The album title is a transliteration of the Arabic word hijra, which means "journey", referring specifically to the prophet Muhammad's and his followers' escape from Mecca to Medina in 622. The songs on the album were largely written by Mitchell on a trip by car from Maine back to Los Angeles, California, with prominent imagery including highways, small towns and snow. The photographs on the front and back cover were taken of Mitchell by Norman Seeff and appear against a backdrop of Lake Mendota, in Madison, Wisconsin, after an ice storm. - Wikipedia