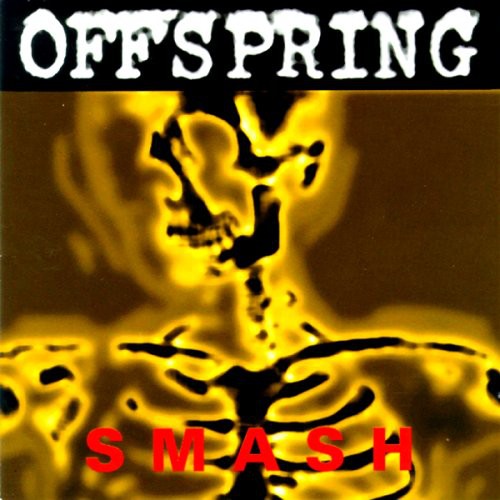 Smash is the third studio album by American punk rock band The Offspring. After touring in support of their previous album, Ignition (1992), The Offspring began recording Smash in October 1993 at Track Record in North Hollywood, California. Recording and production were finished two months later, and the album was released on April 8, 1994 on Epitaph Records. Smash incorporates elements of punk rock and grunge. In the United States, Smash has sold over six million copies and has been certified 6x Platinum by the Recording Industry Association of America (RIAA). Peaking at number four on the US Billboard 200, it has sold over 11 million copies worldwide, making it the best-selling independent label album of all time. It was also the first album released on Epitaph Records to obtain gold and platinum status. Smash was The Offspring's introduction into worldwide popularity and critical acclaim, and produced a number of hit singles including the hugely successful "Come Out and Play", "Self Esteem" and "Gotta Get Away" singles. Alongside Bad Religion's Stranger than Fiction, Green Day's Dookie and Rancid's... And Out Come the Wolves, Smash was responsible for bringing punk rock back into mainstream, and helped define the sound of the emerging pop punk scene in the 1990s. As a fan-favorite, the album received generally positive reviews from critics and garnered attention from major labels, including Columbia Records, with whom The Offspring would sign in 1996. Smash is the only release where the band was referred to as "Offspring".
back to top