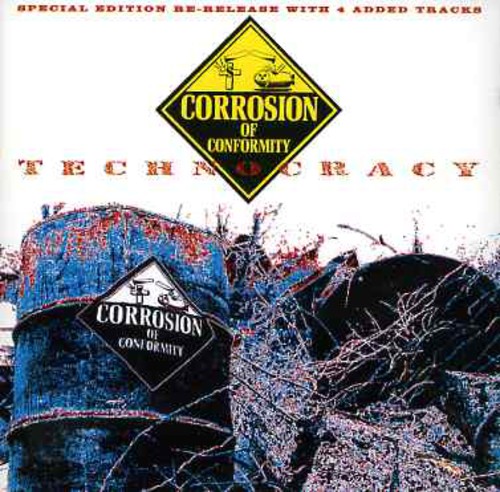 One of the original crossover bands of the mid-80s, Corrosion of Conformity has always been one of those bands that never quite goes away, though they do their very best to attempt doing themselves in. Though I am too lazy to actually look it up, I don't think there have been two albums in a row with the exact same lineup. Either bassist Mike Dean is singing or he's not in the band or he's just playing bass. Or someone named Simon Bob is handling vocals. Or something. So what is it about this Sabbath-influenced hardcore thrash band? Beats me. Technocracy is a competent, aggressive piece of work, featuring some earlier COC works on one short disc, but it's far from exciting. The tempos are punk but the heaviness is metal. The singing is generally weak throughout, lacking the depth or breadth to truly be exciting. I suppose a purist could get into the fact that the heaviness is genuine, but for me I demand more than just by-the-numbers heavy music. Metal Blad. 2002.
back to top