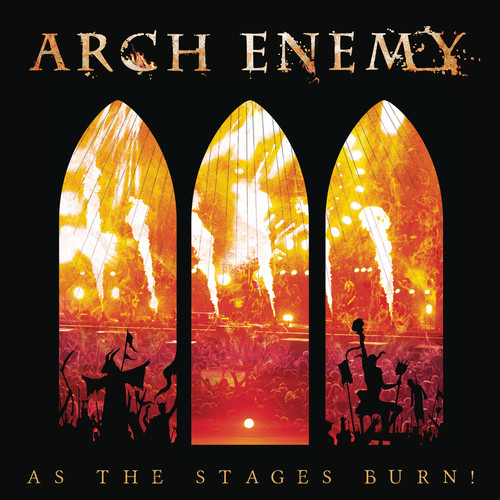 Deluxe CD/DVD edition. 2017 live release from the metal band captures the band's largest and most impressive stage production to date on DVD, which also contains a live audio CD of the WACKEN 2016 performance in Germany. This performance marks the pinnacle of a highly successful album campaign in support of War Eternal, the album which propelled Arch Enemy to reach their highest US and German chart positions to date, also going on to play over 200 shows in over 40 countries around the world. This monumental event was captured on film with 13 cameras, directed and produced by none other than famed metal video director/auteur Patric Ullaeus (In Flames, Within Temptation and many more) and is being presented in top notch stereo and 5.1 Dolby Surround, mixed and mastered by Andy Sneap (Machine Head, Kreator, Medadeth etc.). This impressive live production will be something that fans have never seen before!
back to top