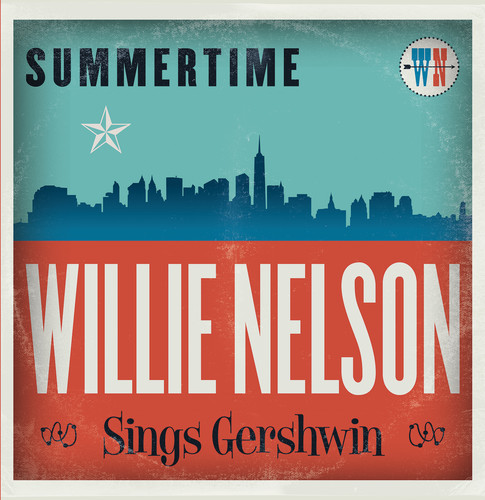 Willie Nelson's new album of pop standards, penned by America's legendary songwriting duo George and Ira Gershwin, follows the selection of Willie as the 2015 recipient of the Library of Congress Gershwin Prize for Popular Song. Among the 11 Gershwin classics recorded by Willie Nelson for his new album are two duets: "Let's Call The Whole Thing Off" with Cyndi Lauper (the song was originally introduced by Fred Astaire and Ginger Rogers in the 1937 film Shall We Dance) and "Embraceable You" with Sheryl Crow (the song was performed by Ginger Rogers in Girl Crazy, recorded by Billie Holiday in 1944 and inducted into the Grammy Hall of Fame in 2005). Summertime: Willie Nelson Sings Gershwin hearkens back to Stardust, the 1978 blockbuster album of pop standards that secured Willie's reputation as pop balladeer (in addition to his status as one of the architects of outlaw country music)
back to top