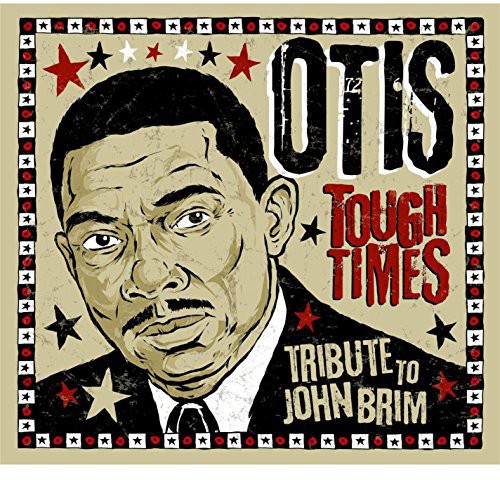 ' The 'Otis' disc is stunning. Fine singing, authentically talented harp work, sweet guitar tones... all around enjoyable listening. Done burned it in to the hard drive...!' Billy F. Gibbons - ZZ Top "Hopkinsville, Kentucky might not exactly be the center of the musical universe, but for the band Otis, it certainly has it's importance. Likewise, the late, great John Brim probably isn't going to be the first name mentioned in a discussion of Chicago Blues and it's giants, but for Otis, John Brim is as important as Kentucky's bourbon industry is to the state itself. Who was John Brim, you ask? A Hopkinsville native that was an under-recorded, under-appreciated singer and guitarist, who, in the 1950s laid down some of the toughest blues that ever rattled out of Chicago's freight yards. How tough was Brim's music? Every bit as rugged and muscular as Elmore James, Muddy Waters, Little Walter and damn near anyone else that shook Chicago's gin mills, beer taverns or whiskey joints on a regular basis. Otis righteously celebrates John Brim's music and importance and these cats are proud to put their own roots on display with 'Tribute To John Brim.' And make no mistake about it, Otis is as tough as Brim was in his heyday and they're every bit as potent as Kentucky's best aged bourbon. Guitarists Steve Jewell and Boone Froggett are as exciting pair as the names Allman and Betts were in their prime, and if you doubt that comparison, just lay this disc on your ears for proof, and Boone's raspy vocals sound like they aged in barrel of pure mash. With John Seeley and Andrew Gilpin laying the foundation on bass and drums respectively, you wind up with a foursome every bit as strong as the coldest winds off Lake Michigan and every bit as hot as Maxwell Street was in years gone by. There's really no sense making comparisons between Otis and John Brim, because just like the best musicians in the country, they pay tribute to their influences while putting together something truly unique and original. One thing's for sure, if John Brim was alive today, he'd be proud as hell of this project by Otis, and it's a safe bet that he'd celebrate their arrival by sittin' in and layin' down some tough blues. Grab a rocks glass and pull out that bottle of bourbon you've got saved for a special occasion. That special occasion is the CD that accompanies these liner notes your eyes have just read... Otis pays 'Tribute To John Brim' and their home state of Kentucky, and this band does it the way it should be done. Have yourself a tug off that bottle and dig some real blues... 'nuff said." - Craig Ruskey.
back to top