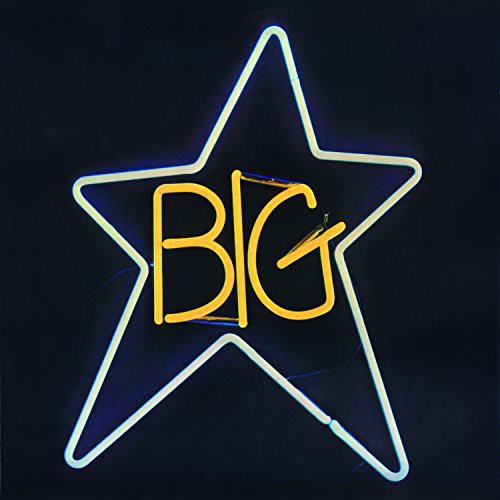 Originally released in 1972, #1 Record is the debut album from Big Star, a critically acclaimed, Memphis-based band which is often credited with creating the power pop sound. Remastered from the analog stereo masters, this reissue will allow fans to appreciate #1 Record as a standalone CD this is the first time in many years that the CD version of the album will be sold independently of Big Star's second album, Radio City. Packaging also includes liner notes penned by R.E.M.'s Mike Mills, who cites Big Star as one of his biggest influences, and calls the album 'a record of rich sonic textures, of declaration and vulnerability.'

#1 Record is the only Big Star album which has the combined writing power of both founders, Alex Chilton and Chris Bell. Fervent Anglophiles, Chilton and Bell employed a Lennon/McCartney style of collaborative songwriting to create their debut Chilton taking a visceral approach, often laying down guitar and vocal tracks in one take, while Bell added polish with overdubs and harmonies.

This reissue comes during a time of resurgence for Big Star, a band whose legacy has been widely recognized as of late, with a tribute record (Big Star Small World, 2006), a documentary (2012's Nothing Can Hurt Me) and a touring live show, 'Big Star's Third,' which features the sole-surviving original member of the band, Jody Stephens, on drums, guest vocalists, a chamber orchestra and a core band including Mike Mills, Chris Stamey of The dB's, The Posies' Ken Stringfellow and others. The ever-changing ensemble performs Big Star s third album Third/Sister Lovers, as well as favorites from the first two records.

In his liner notes, Mike Mills calls Big Star 'a band who had gotten it right, who made records that sounded like rock and roll bands should sound.'