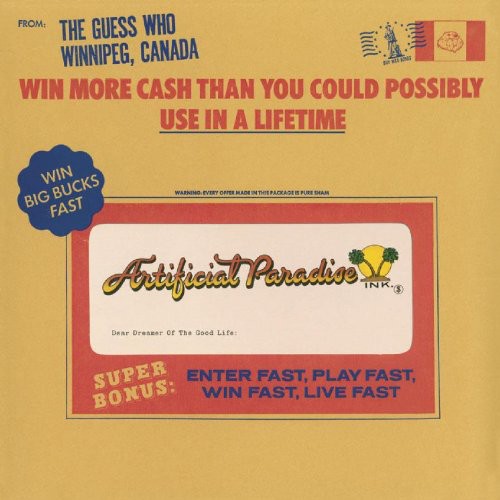 Artificial Paradise, originally released in 1973, was The Guess Who's most band-oriented effort. New recruits Don McDougall (guitar, vocals) and Bill Wallace (bass, vocals) contribued strong original material, as did returning guitarist Kurt Winter. Bandleader Burton Cummings brought several gems to the table, including "Orly," "The Watcher," and one of his "state of the band" addresses: "Those Show Biz Shoes." Although not a major commercial success upon release, Artificial Paradise has become a firm audience favorite and is the most requested title by fans of Iconoclassic's Guess Who reissue series. Never before individually released on CD, Artificial Paradise is also acclaimed for it's unique "sweepstakes" style packaging, which is reproduced for this reissue.