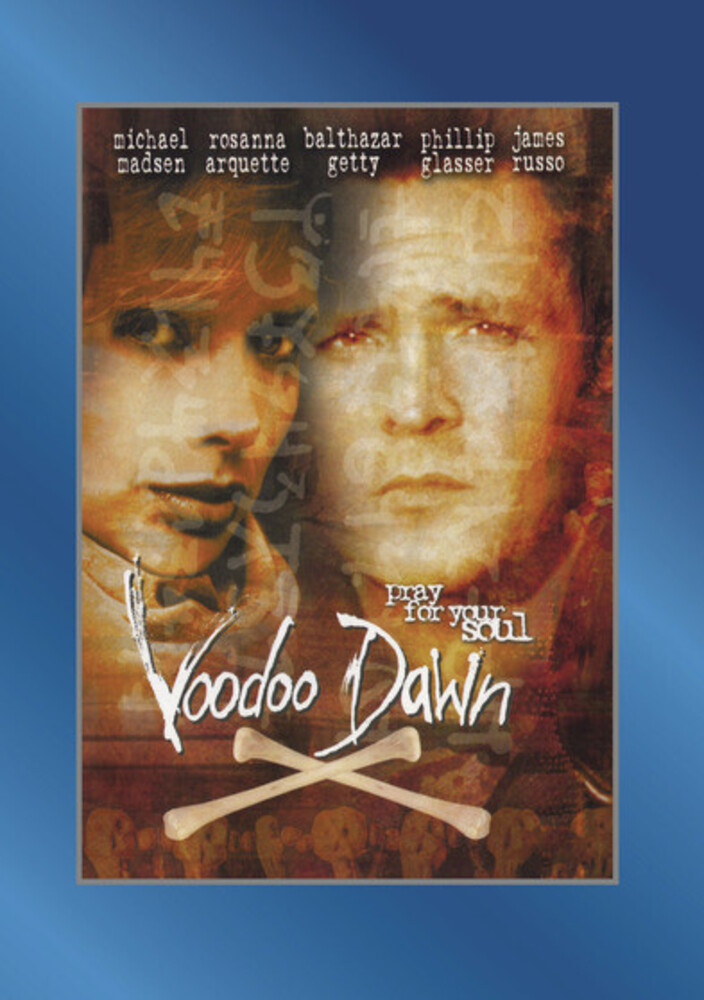 In the eerie backdrop of the Louisiana bayou, former inmate Frank (Michael Madsen, Reservoir Dogs, Donnie Brasco) sees the opportunity of a lifetime in the form of cursed cash. But this cash has a price of it's own. Avenging the death of his brother at the hands of police officer Sam Merchant, Frank, with Jezzebelle (Rosanna Arquette, Pulp Fiction, Nowhere to Run), forms a sadistic plan of vengeance mixing violent rituals and voodoo curses. But Merchant's son A.J. (Balthazar Getty, Lost Highway, Natural Born Killers) escapes almost certain death. Now, in order to save his family and himself, A.J. is pitted in a deadly standoff with ancient evil. Delve into the underworld of voodoo magic and the occult and pray for your soul.
back to top