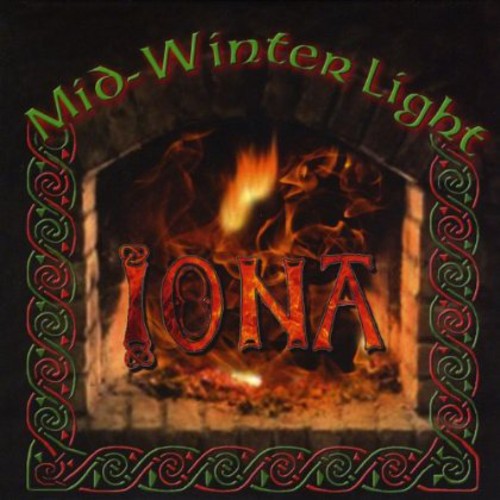 1. Three Ships Medley The medley consists of I Saw Three Ships Come Sailing In (Derbyshire) /Three Little Boats Went Out to Sea (Isle of Man) /Christmas Day Ida Moarnin' (Shetland Islands) /Christmas Eve Reel (Ireland) We decided to combine as many traditions as we possibly could in this medley. I Saw Three Ships Come Sailing In is probably not Celtic(!), but ties in neatly with the other tunes. Many variations of the song exist, but this version is thought to have come from Derbyshire, England in the 15th century. The legend about sailing into landlocked Bethlehem can be traced back to the 12th century when three ships brought the purported relics of the Wise Men to KĂ¶ln, Germany. The 'three ships' refer to the belief that there were three Wise Men (although that number has been estimated from two to twelve through the centuries). Over the passage of time, the holy family was substituted for the Magi. The lively Manx tune, Three Little Boats Went Out to Sea, which has several variations (we intersperse two) echoes the same legend, while Christmas Day Ida Moarnin', a fine tune from Unst in Shetland, frames the picture. The origin of this tune goes back to the 19th century and is attributed to a Shetland fiddler, Fredamann Stickle, who used to play it to the laird every Christmas. The Christmas Eve Reel was an unnamed composition of the Galway-style fiddle player Tommy Coen. It was broadcast on Irish radio on Christmas Eve in 1955, and so the name 'Christmas Eve' was attached to the tune, as it has been known ever since. 2. The Wran/Ballyhooly (Ireland) The old Irish tradition of Hunting the Wren (pronounced Wran) is shrouded in the mists of time and is still practiced in many parts of Ireland (and other Celtic areas), particularly in Co. Kerry. In times past, a group of lads from the village actually hunted and killed wrens, tied them to a holly bush and paraded around the locality in celebration of the Winter Solstice Festival on St. Stephen's Day - the day after Christmas. Now the Wran is represented by a symbolic bird in a holly bush and accompanied by much music-making and merriment. Why the poor wren? Medieval texts interpret the etymology of wren, the Irish for which is dreolĂ­n, as 'druid bird': there is a theory that the Wran ritual derived from the efforts of clerics in the middle ages to undermine vestiges of druidic reverence and practices regarding the bird. Jim sings an abridged version of the song (which boasts innumerable verses!) sung by the wrenboys and chose the jig Ballyhooly as a festive foil. The arrangement ends in a wild slide (12/8) romp! 3. Gloucestershire Wassail (England) /Can Wassel (Cornwall) Wassail, a word that conjures up visions of bundled revelers sharing a hot, spiced alcoholic beverage, is derived from the contraction of the Middle English greeting 'wĂ¦s hĂ¦il', meaning 'be healthy'. Wassailing is alive and well throughout the Celtic lands, and has been handily absorbed into Christmas observances in the singing of carols from house to house, We combine the familiar tune of the Gloucestershire Wassail with a rowdy progression through a Cornish village. The group moves through the village requesting cakes and libation at each door, gradually gathering householders as it progresses and becoming increasingly more inebriated! This has long been one of Iona's audiences' favorites as we exhort them to become the drunken chorus. 'Just finished listening to the Mid-winter Season CD. Just delightful. ... now I want to pack up and come to your house for holidays imagining musicians floating about playing such wonderful tunes and songs with such flair and feeling. These tunes are inviting and create vision. I could even smell cinnamon buns cooking and oranges drying. Congratulations!' - Louise Dunphy - Host/Producer, Celtic Crossings WMUA 91.1 FM.
back to top