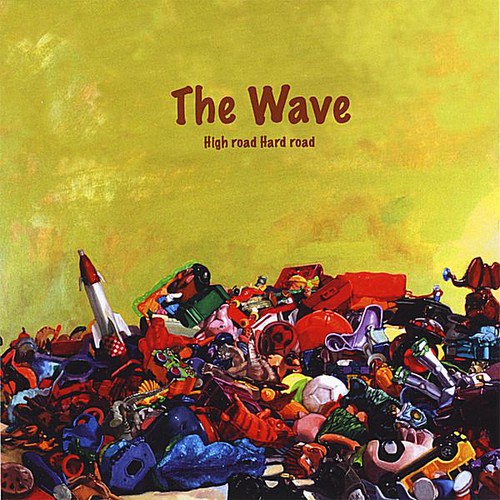 The Wave is a hard driving straight-on rock and roll band. In front of the steady beat of Avery Sandridge and the intricate but taut bass lines of Marsh Mahon, Willie DE delivers inspired vocals and guitar licks; Willie's a well-grounded guitar wizard. The Wave's sound is contemporary-but you'll hear glimmers of Dylan and Van Morrison in their mix, too. The Wave has played regular gigs at the Gravity Lounge and they've exchanged volleys with the School of Rock at the famed Starr Hill. They've won multiple Battles of the Bands. They're a favorite at Floyd Fest, the top rock festival in the Southeast, where last year Willie DE stepped on the main stage with Luther Dickinson of the North Mississippi All Stars. Review by Honesttune.com The Wave : High Road, Hard Road Written by Jason Collier 03/27/2009 Charlottesville, Virginia has another up and coming superstar, and his name is Willie DE. When I relocated to C-Ville in the early 2000s, there was always this little shaggy haired kid with a small portable amp and red Gibson that would plug in at the east end of the downtown mall and simply shred. People would gawk, and I would frequently wonder where this guy would eventually end up, especially in a town that has such tremendous musical talent seeping out of every pore. The answer just got much clearer with The Wave's new album, High Road, Hard Road. Fronted by Willie DE and consisting of only bass (Simon Evans) and drums (Avery Sandridge), The Wave is a straight up rock and roll trio. But here's the kicker: These folks are only in high school. Songs on this album are deep, especially from human beings as young as these guys. Album opener "My Robot" kicks off with lyrics about independence accompanied by a catchy chorus that's perfectly interspersed with pulverizing solos by Willie. This is music written by an eleventh grader who has already shared the stage with Luther Dickinson (of the North Mississippi Allstars) not once, but twice. The Wave have an uncanny knack for accentuating each other at just the right moments on this album. Each band member exhibits meticulous attention to detail when stepping back to let others shine. The Wave is not just a rhythm section whose primary goal is propelling it's frontman to Guitar Hero glory; it is a cohesive unit, with each member continually aware of his or her role. The whole experience is extremely fulfilling.
back to top