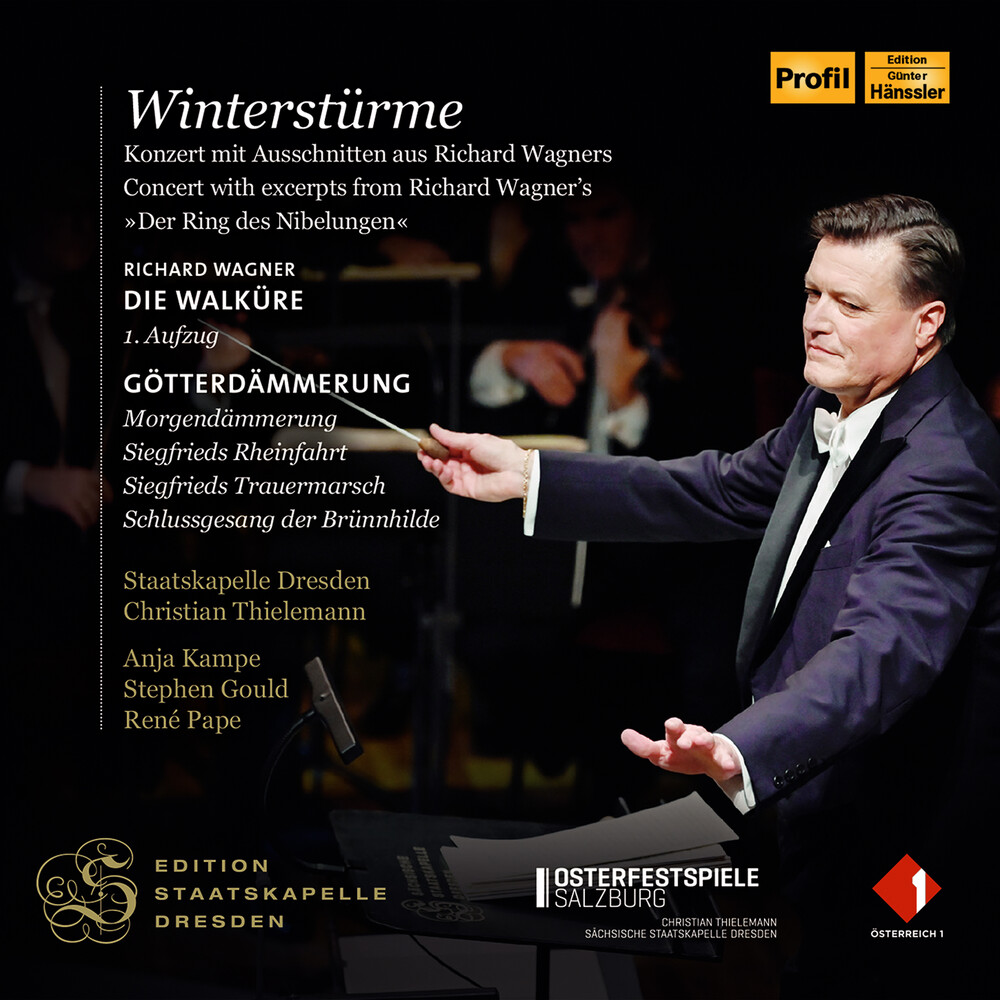 Christian Thielemann on Wagner's Ring of the Nibelung "From 2006 to 2010, I spent some 300 hours in the orchestra pit in Bayreuth just on the Ring... Each year I looked forward to this task anew, and I am by no means of the opinion that I have completely finished with it. The Ring is so multifaceted musically that it can never exhaust one's curiosity and one's urge to explore further. In the Ring, the conductor feels like a battery that is permanently being recharged. That's because of the contrasting worlds you move through for 15 whole hours, and the four highly different temperaments of the tetralogy. The orchestra is gigantic, with contrabassoon, bass tuba and eight horns - yet how nuanced and differentiated Wagner's handling of this machine is!... As I see it, then, the Ring cuts a swathe through "the German sound", it shows it's extremes and it's facets, from light and playful to heavy, serious and fraught with meaning. The German sound, Wagner teaches us, is never only the one thing and never just the other. HollĂ¤nder, TannhĂ¤user, Lohengrin, Tristan, Meistersinger: when he comes to the Ring, Wagner starts again from scratch. In it's compositional technique, in it's treatment of the orchestra, in terms of it's dimensions, harmonically, everything is different. When he composed the Ring, Wagner had no orchestra at his disposal to test whether what he imagined actually worked. Everything was playing out in his head. When he finally heard it in 1876, he did alter a thing or two - and would undoubtedly have liked to make even more alterations later. Not that I see any point in speculating about it. We have to address ourselves to the work as it is, and that task is hard enough."
back to top