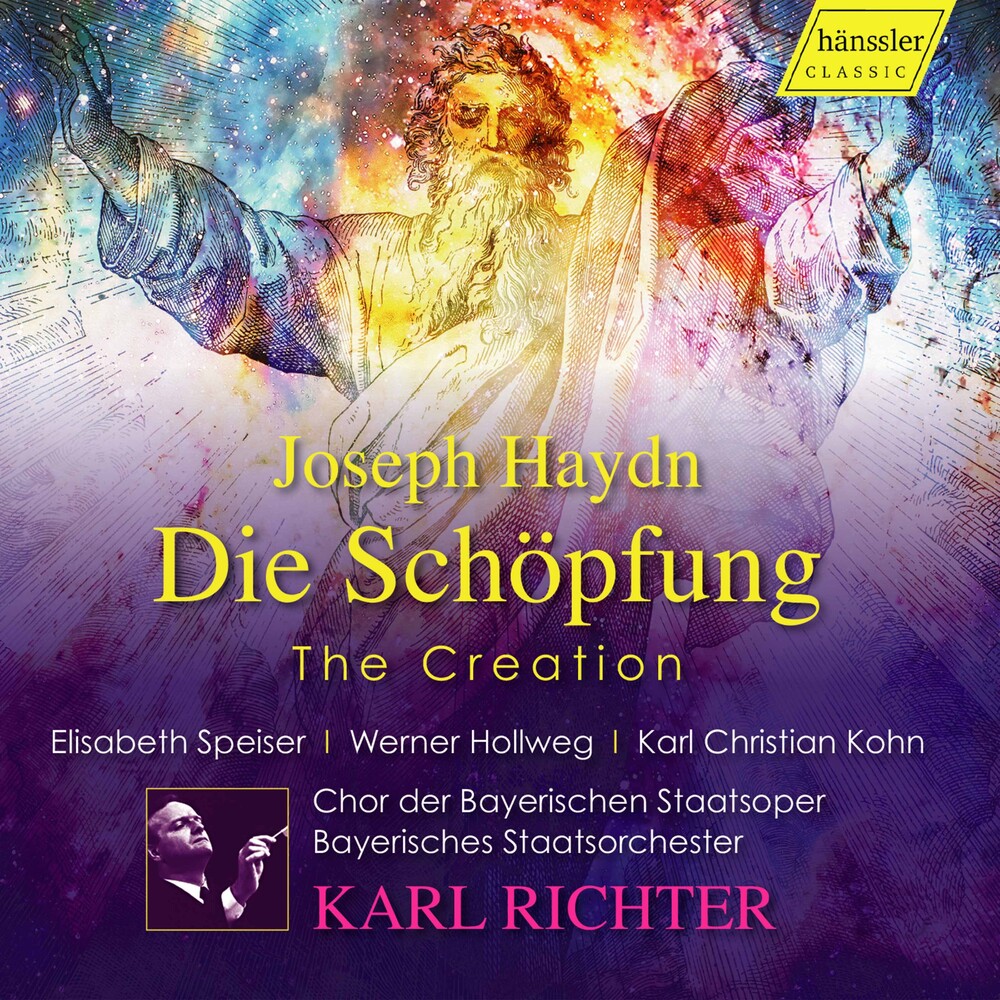 The present recording is taken from a live transmission of the Academy concert of May 8, 1972, from the Nationaltheater in Munich. The early death of Karl Richter in February 1981 frustrated the intention of releasing one of the great oratorios from his performing repertoire, Joseph Haydn's "Creation", in a studio recording. Happily it has proved possible to obtain the present sound recording from the archives of the Bayerische Staatsoper and, with the kind consent of the participants, to prepare a technically enhanced release. Despite a number of remaining technical inadequacies, such as may be considered characteristic for historic recordings of this nature, this audio document gives a particularly fine impression of the ambience and the authenticity of a live performance with conductor Karl Richter - complementing, as it were, the many available studio recordings of his wide-ranging musical repertoire. Special thanks are due to the musicians and all involved at the Bayerische Staatsoper in Munich. For his help in advance preparation of this project, we wish to thank by name the opera house's former Chief Executive of Administration Dr. Roland Felber!