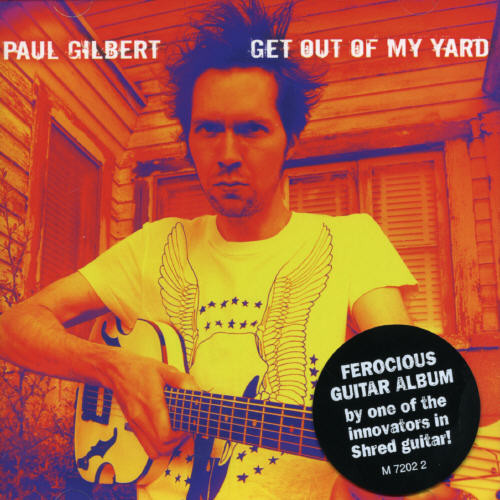 Get Out Of My Yard [Import]
Artist: Paul Gilbert
Format: CD
New: Not in stock
Wish

2006 solo album from ace guitarist Paul Gilbert, his very first all instrumental album! It most definitely is all that you would expect from a guitarist of Paul's caliber and stature. As a member of both the '80's premier guitar band RACER X and later, million sellers MR. BIG, Gilbert has gained a reputation as being one of the most melodic, but powerful guitar players in the rock arena. Determined not to be pigeon-holed as just a "shredder", Gilbert's solo work has allowed him the opportunity to exercise his deep appreciation for the more song oriented side of rock music. Paul has released many successful solo albums in the past, which confirms his position as one of the premier rock guitar players in the World. Mascot.
back to top