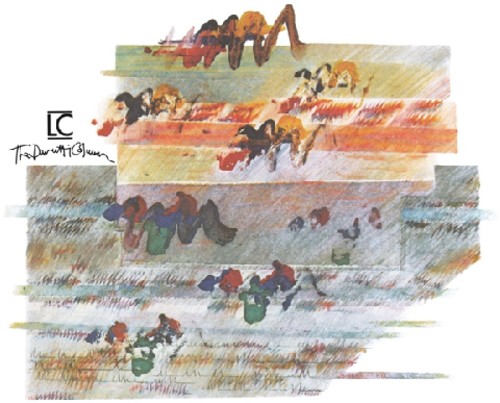 Digitally remastered and expanded CD edition of this 1981 album from the enormously talented guitarist Vini Reilly AKA The Durutti Column. After debut album the Return of The Durutti Column was released, Vini decided to record it's follow-up himself on a four-track cassette deck at home. Teaming up with drummer and fellow Manchester native Bruce Mitchell, the second Durutti Column album LC (named after Lotta Continua, a far-left radical Italian group) was another inspired musical collaboration. Though self-produced, the album retained traces of Reilly's earlier work with Martin Hannett. This second set of evocative electric guitar compositions features a melding of Reilly's urbane, contemplative style with Mitchell's crisp, deliberate drumming. As equally powerful and in some ways better than The Durutti Column's debut, LC expands on the emotional promise of that album by continuing to transcend genre while offering a more song-oriented and accessible take on an increasingly unique approach to composition. It's an understated and inspiring masterpiece from the pre-shoegaze guitar maestro.