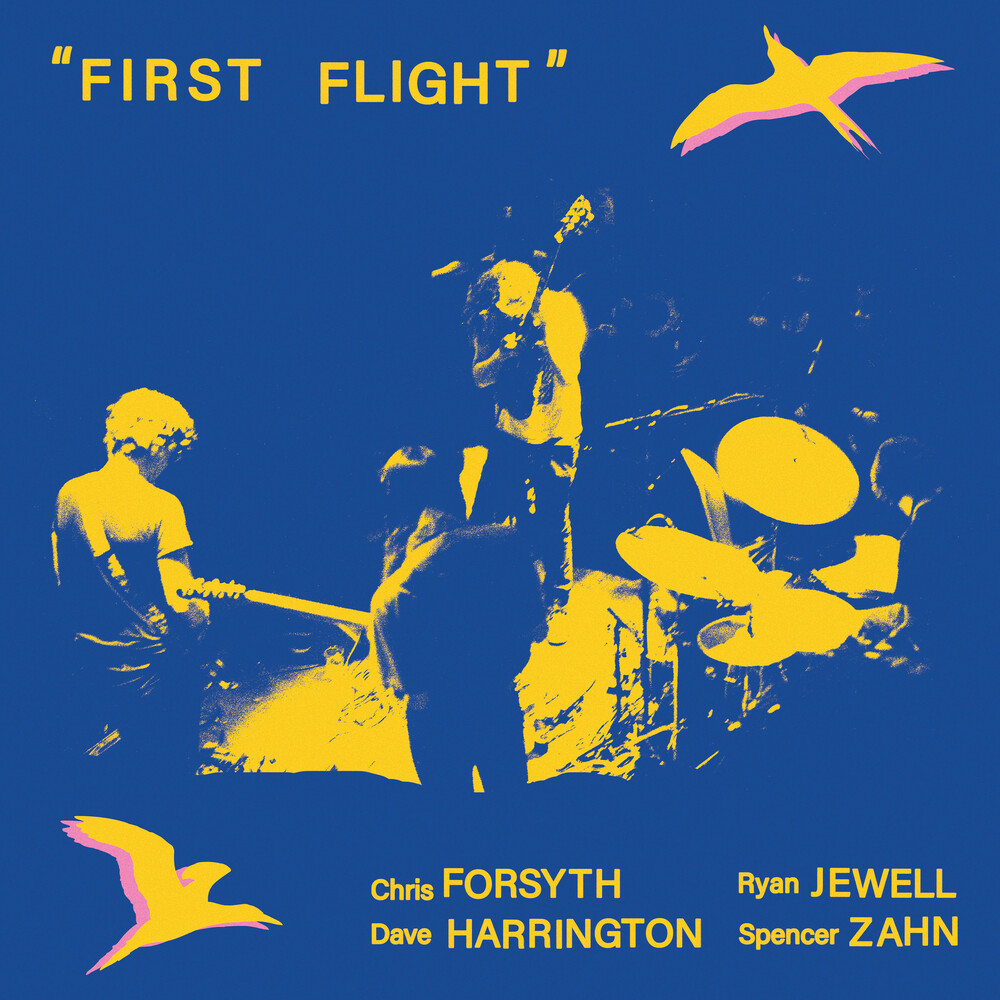 "First Flight" documents about 40 minutes of jams recorded during the third week of Chris Forsyth's September residency at NYC's Nublu in fall 2019. The idea of the residency was to mix things up with special guests, different band lineups, and varied set lists, keeping things fresh and new week-to-week, and this show was the wild card of the bunch. Although percussionist Ryan Jewel and Forsyth have played together for years, and Dave Harrington (gtr) and Spencer Zahn (bass) have played together for years, neither half of the band had ever met each other. Forsyth was tangentially aware of Dave and his music and was intrigued by what he'd heard and thought it was a cool idea when the residency promoter suggested a collaboration. So about 30 minutes after they'd met for the first time, they got up and played for a little over an hour, uninterrupted. All that was discussed beforehand was that they shouldn't discuss anything beforehand - not a key or a riff to start with, nothing - so as to preserve maximum spontaneity. This music demonstrates a real connection on stage, each player was completely present and actively listening on the bandstand. Forsyth states "listening back, there are moments I can hear Ryan saying - musically - 'Hey, let's go over here! Check this out!,' or Spencer being like 'Wouldn't it be cool to go down this path?' And we followed. And it was cool. In my mind, that listening thing is the number one most important factor in any collaboration or cooperative effort, but especially in improvised music. And I think it's fair to say that a little more listening, a little more presence, would do the whole world some good right about now, don't you think?
back to top