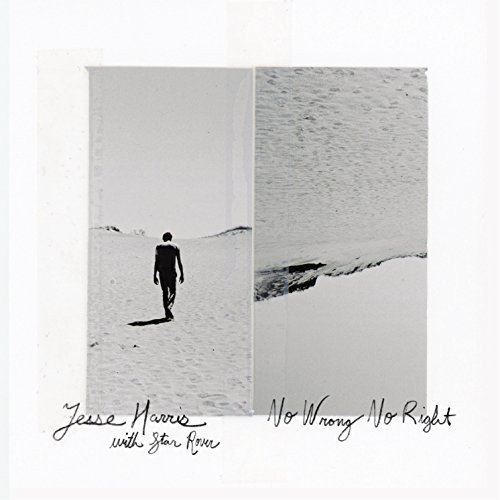 Across his genre-spanning career, Jesse Harris has built a sterling reputation as a tireless and inquisitive collaborator. For his latest project, Harris was drawn to the adventurous and free musical ethos of the experimental Brooklyn duo Star Rover. What began as loft jams with guitarist Will Graefe and drummer Jeremy Gustin in Bushwick, quickly morphed into gigs, then recording sessions in the middle of the frigid New York winter of 2014. Jesse Harris with Star Rover: ''No Wrong No Right'' is the fruit of this alliance.

The 14 songs herein are crafted in three distinct modes: Full-band performances with Star Rover including the title track ''No Wrong No Right'' and ''Catch The Ash,'' as well as instrumental collaborations with duo. ''No Wrong No Right'' also features a series of subdued, acoustic-based duets with guitar virtuoso Julian Lage, including the standout tracks ''I Probably Won't See You For A While'' and ''Kafirstan'' which was co-written with the legendary avant-garde composer and multi-instrumentalist John Zorn. In a nod to the chilly season that inspired the collaboration, a mysterious and gorgeously wintery rendition of the Rodgers & Hart standard ''Where or When'' is included as well. The Grammy-winning Harris first emerged in 2003 as the writer of Norah Jones' hit ''Don't Know Why'' and has subsequently has had a vibrant thirteen-album career of his own. Harris has written and collaborated with artists as diverse as Bright Eyes, Cat Power, Feist, M. Ward, Melody Gardot, Mike Patton, John Zorn, Solomon Burke, Willie Nelson and Emmylou Harris.