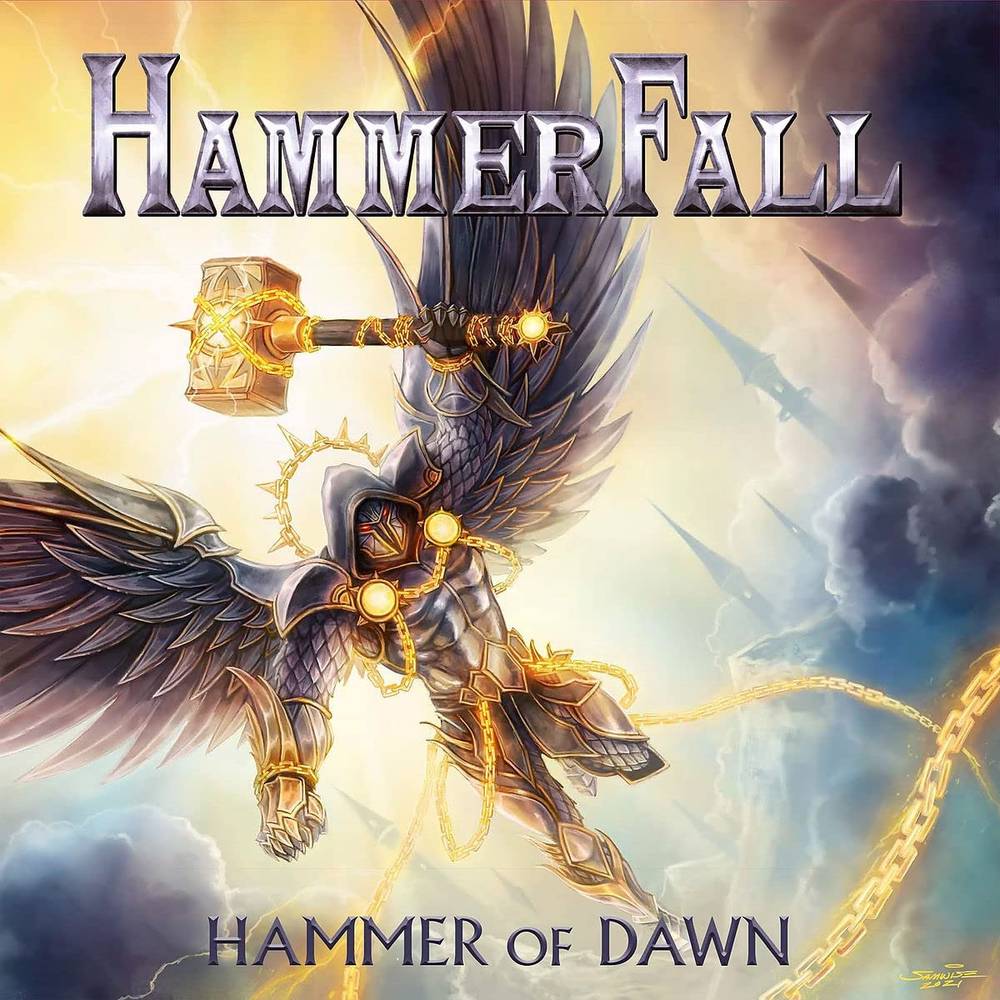 2022 release. The Swedish saviors of heavy metal Hammerfall let the hammer strike again, radiating power on all artistic levels with their twelfth studio album, Hammer Of Dawn! The album starts off with remarkable opener "Brotherhood", a hymn echoing the deep friendship of bandleaders Joacim Cans and Oscar Dronjak, but also serving as a shout-out to their loyal Templars. Title track "Hammer Of Dawn" breaks through with mighty roaring choirs, tremoring, catchy riffs and a brilliant solo by Pontus Norgren that quakes the ground beneath. Both songs give a brief insight in the new studio album and exemplify that Hammerfall continue their way to the top of the Heavy Metal olympus even after almost 30 years of band history. The other tracks on the album are one smasher after another, with songs like "Reveries", "No Son Of Odin" and "Venerate Me" - the latter featuring an appearance by none other than King Diamond - making sure it will go down as another milestone in the career of the Swedes.
back to top