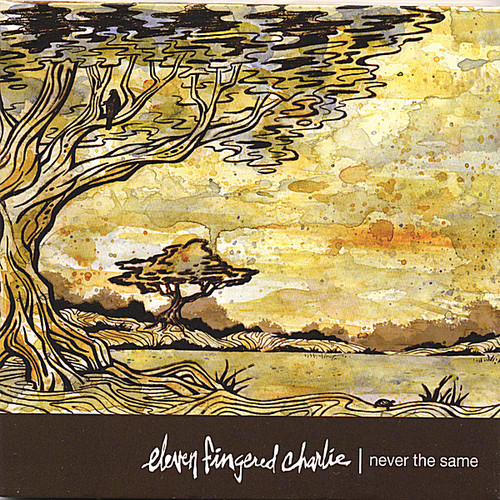 Eleven Fingered Charlie was formed in 2001 by Travis Damron and Chad Manes. Travis and Chad met at Texas State University and began jamming acoustic guitars together. Both developed a love of reggae music while growing up with influences such as Bob Marley and the Wailers, Toots and the Maytals, UB40, Sublime, The Police, The Clash, Ini Kamoze, Half Pint, Barrington Levy, Dennis Brown etc. It was the energy and good vibes of reggae that inluenced Travis and Chad to begin EFC and write music of their own. Since, EFC has formed a reggae style that fuses hints of surf and rock, as well as TX influenced blues and country. Travis Damron (vocals, guitar) heads the group with soulful vocals and guitars. Chad Manes (bass, vocals)provides the backbone of EFC with smooth-flowing bass lines and backup vocals. Dustin Hall, a math-metal experienced drummer became EFC's drummer in Summer of 2004 and provides the band with a form of raw technicality that easily lends itself to outside influences other than reggae. Rodney Howell (saxophone) was added to EFC in May '05 and provides yet another sweet melody to the music by accompanying the band on saxophone. EFC's goal is to make positive music that people can relate to and dance to, and that they enjoy listening to themselves. Recently, the guys have been traveling their homestate making a name for themselves. EFC has now released their 2nd full-length album 'Never The Same', which provides a much stronger sophomore album that more than doubles the playing time of the 1st album. Rob Fitzpatrick (Cloudesign), does amazing original artwork for the band including their website (efcmusic.com), CD designs, and show handbills. Above all else, EFC stresses a love for all things positive, like good music, good friends and good times with an understanding that life has it's moments of disparity. Eleven Fingered Charlie is determined to influence the world through the best medium they know how...music.