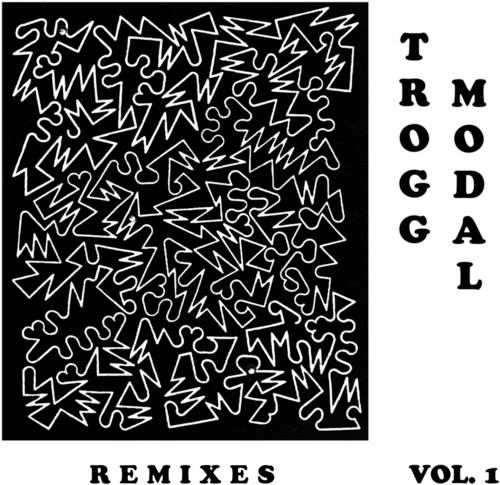 After the success of last year's Mixbone EP, we once again invite four dance music experimentalists to remix Eric Copeland. Where 2017's Goofballs was the first album recorded in it's entirety in Eric's current home of Palma de Mallorca, Spain, and the result of countless hours spent working in the studio, last fall's Trogg Modal Vol. 1 pushed his 'Freakbeat 4/4' agenda even further, with a sense of humor that bubbles over and out through the speakers. Rife with chunky percussive layers and tweaked loopy vocals, these frenzied, self-described "rippers" are practically designed to be remixed. Parris (Trilogy Tapes, Hemlock) and RAMZi (RVNG, 12th Isle) both take on the singsongy rhythms of "Heads." Parris' take pares down the track, giving it room to glisten and expand, while RAMZi's paddles along in a characteristically murky, laid-back manner. Lokier (Days Of Being Wild, Spirits) goes in for the jugular with an acidic rework of "321 Contact," repurposing vocal samples as spooky EBM. Closing out the record is Gerry Read (Aus, Accidental Jnr), who pits the heavy stomp of "Electric Mud" against whizzing frequencies. Newfangled interpretations of tracks that were already out there to begin with.